You’ve Followed Michael Phelps, But the Real Hero of the Olympics Is This Swimmer! Meet Yusra.

Every Olympic athlete has gone through more physically grueling and psychologically daunting feats than I will in my lifetime. The pressure and attention is enormous, to speak nothing of swimming miles per day, or running faster than almost everyone in human history yet still losing because someone is one-tenth of a second faster than you. 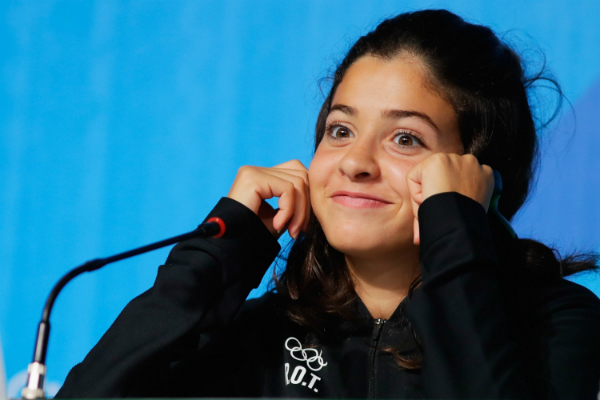 But only a hand full of people – ten to be exact – have ever reached the Olympics the way Yusra Mardini did: as a refugee. At age eighteen, Yusra fled her home in Syria. In Turkey, a band of twenty sought to continue into Europe on a dinghy meant for four people. As the boat sank, Yusra and her sister jumped into the cold waters and swam. And swam. And kept swimming for over three hours, pulling a boat full of people, to safety, freedom, hope and future.

As a member of the first ever Refugee Olympic Team, Yusra spent the last few weeks swimming for gold. But she already swam for her life, while saving the lives of others. Her story belongs in the history books along with these eleven inspiring Olympians.

See her story in her own words below!