What Christians Can Learn From Olympic Athletes…

The Olympics represent the pinnacle of athleticism, training, and competitiveness, going all the way back to ancient times. The apostle Paul used illustrations from the world of athletics in several of his letters. In three Epistles, he used the image of all-out racing to urge vigorous and lawful pursuit of spiritual growth and service. Four times Paul spoke of his own growth and service in terms of his own such race. 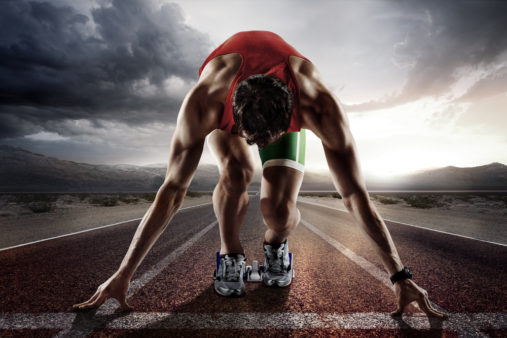 To the gifted but immature believers in Corinth, Paul wrote, “Do you not know that in a race all the runners run, but only one gets the prize? Run in such a way as to get the prize” (1 Corinthians 9:24). Here, Paul compares the disciplined effort necessary for spiritual growth to an Olympic athlete’s effort to win the prize that awaits only the winner of a race. Growing Christlikeness does not just happen on its own. God certainly “works in you to will and to act in order to fulfill his good purpose” (Philippians 2:13), but the believer must cooperate with God by exerting responsible and serious effort to follow what the Holy Spirit teaches. “Anyone who competes as an athlete does not receive the victor’s crown except by competing according to the rules” (2 Timothy 2:5). For the disciplined believer, the prize is the “upward call of God in Christ Jesus” (Philippians 3:14, ESV). To what does God call the believer? It is to become like Jesus Christ in heart and lifestyle (Romans 8:28-30).