We’ve all had those little moments in our teen years where our parents embarrassed us and probably got a great deal of enjoyment out of it at our expense. But for most of us, these embarrassing moments are small things, like when your mom asks if you packed underwear as you’re getting out of the car at camp. Or uses a “cool” phrase she doesn’t understand in front of your friends. Or wears a hideous floral muumuu out in public and tries to hold your hand.

There’s an unwritten rule that all parents must embarrass their children as sort of a rite of passage. We have all been there, and we have to pay the horror forward, if you will. This mom must have had some thoroughly humiliating times during her adolescence, because she’s sure laying it on strong. 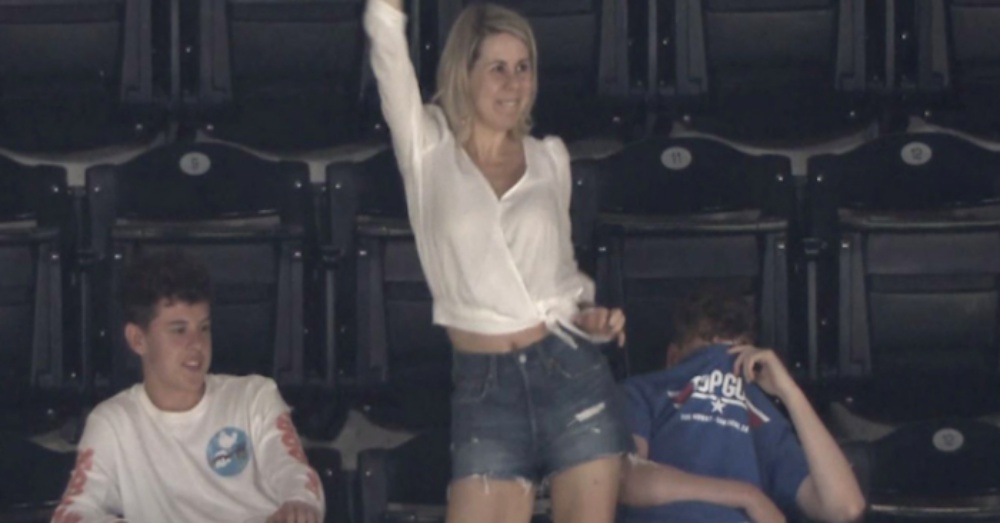 The video below was filmed at a Padre’s baseball game on July 31, 2018, when a fatefully poor choice of music caused unendurable embarrassment for a teenage boy. Flo Rida’s “Geto Low” came over the speakers during the game, and this mama couldn’t help but pop up and start dancing! Before long, she was being featured on the Jumbotron for all to see.

As the confident lady continued to bust some great moves, her son began sinking lower and lower in his seat, mortified. And just to amplify the embarrassment a little bit, his father sitting on the other side of him started to get in on the action too, tapping his foot, making wild hand gestures, and even pointing at the teenager next to him. 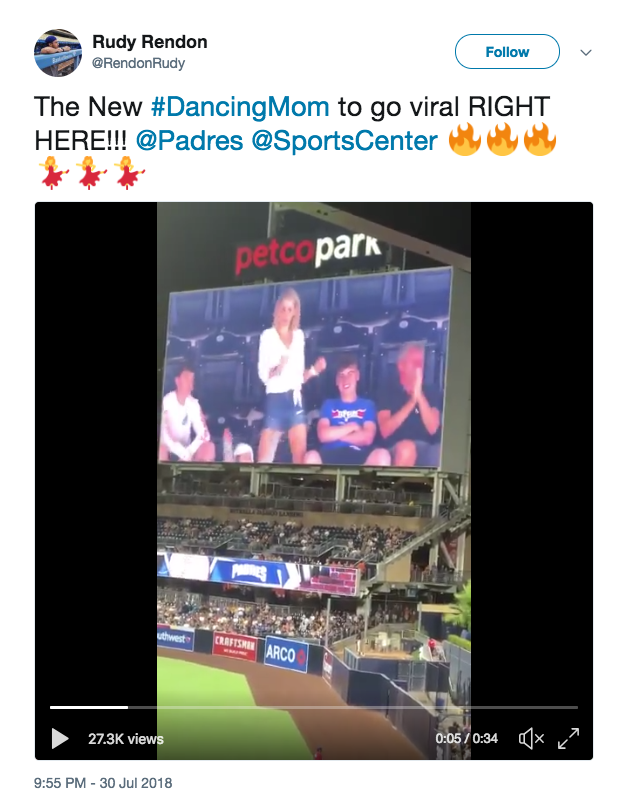 And as if it weren’t enough that this boy’s parents didn’t have any sympathy for him in his pained state, the camera person also took advantage of the situation, zooming in on the “happy” little family to offer entertainment to the rest of the crowd. For more than 40 seconds, all that could be seen on the Jumbotron was a pair of gyrating dancers and their beet-faced son.

The teenager, as expected, never joined his parents in their dancing, but at least he smiled a little. No one is sure whether he was laughing at his parents or his own embarrassment or a little of both. But hey, one way or the other, a smile is a sign of a good sport. 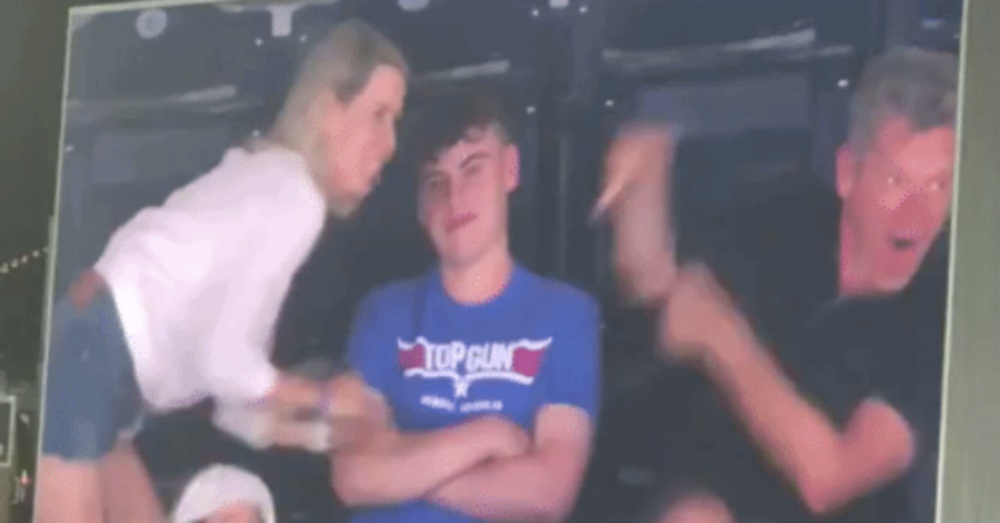 Happily (or sadly, depending on how you look at it), the Jumbotron cameras weren’t the only artificial “eyes” on the scene that day. Someone else captured a video of the event and showed it to Rudy Rendon, a fan and news producer who shared it on Twitter.

This teen’s parents don’t have to worry about making sure they embarrass their son enough anymore; it’s clear that this is going to be a moment he’ll never forget—or live down.

Perhaps someday he’ll do something even crazier to his children. If that happens, we can only hope someone is there to get a video of it.

Check out the video below to see all of this mom’s crazy dance moves, her husband’s funky hand-dancing, and their son’s painful grins.

If this video made you smile, don’t forget to share to make someone else’s day! Plus, you might give another parent a brilliant idea for a way to embarrass their kids!

Dad Celebrates His Son’s Final Day Of Chemo Round By Nailing Killer Dance Routine: Click “Next” below!