See The Last Supper As If It Were Under a Microscope

Leonardo da Vinci’s The Last Supper is one of the most beloved religious paintings in the world. Millions of people have grown up with a print of this scene in their homes. But, did you know that the original, completed in 1498 as a fresco in the Convent of Santa Maria delle Grazie in Milan, Italy, is actually very badly damaged? Due to a poor choice of materials (done in experimental tempera paint), the pigment began to fall from the fresco even during da Vinci’s lifetime. For centuries various methods have been used to try and limit the pigment loss and today what remains is a shell of what was once there.

Some of the prints that are commonly sold today are made from copies of da Vinci’s great work. One such copy is in the collection of the Royal Academy of Arts in London where, thanks to a Google Arts & Culture, it has been scanned in incredible detail. What this means is that you can examine the painting as if it were under a microscope, allowing you to see every sandal strap and stray hair from the 16th century painting. 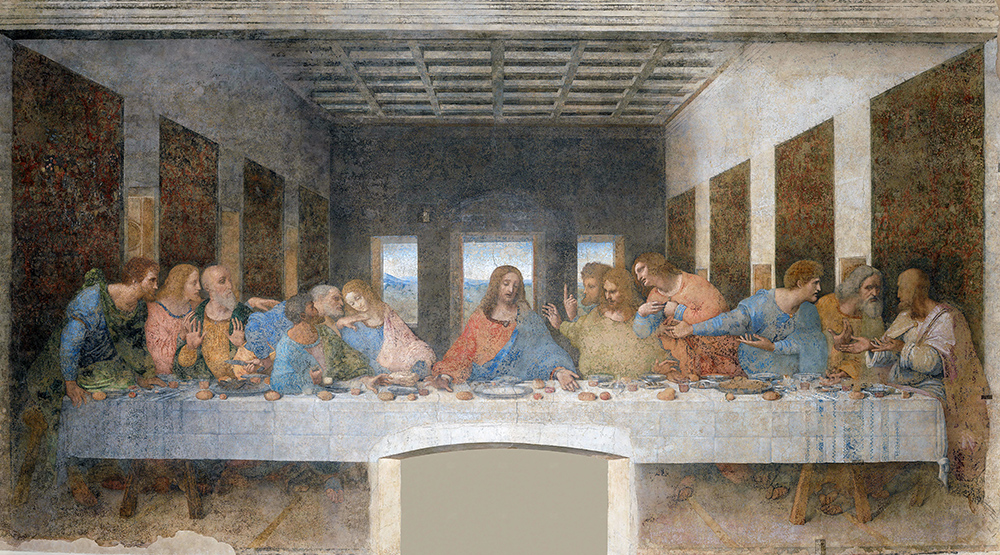 The original fresco of The Last Supper in Milan, Italy. Via/ Wiki Commons

The painting in question was completed between 1510 and 1530 by Giampietrino, an artist believed to have been a student of da Vinci since the name “Gian Pietro” appears in his roster of students. The painting is a faithful copy of the original, rendered in the much more durable medium of oil on canvas. All of Giampietrino’s works were heavily influenced by the style of da Vinci. The copy is also thought to have possibly been worked on by Giovanni Antonio Boltraffio, another of da Vinci’s students.

Giampietrino reproduced every aspect of da Vinci’s The Last Supper -from the small hand gestures to the colors of the robes- with stunning accuracy. He also added the feet of Jesus Christ since in the original fresco a rounded doorway interrupts the middle of the painting, cutting off his feet. In fact, when many people today think of The Last Supper, they are in fact thinking of Giampietrino’s version. 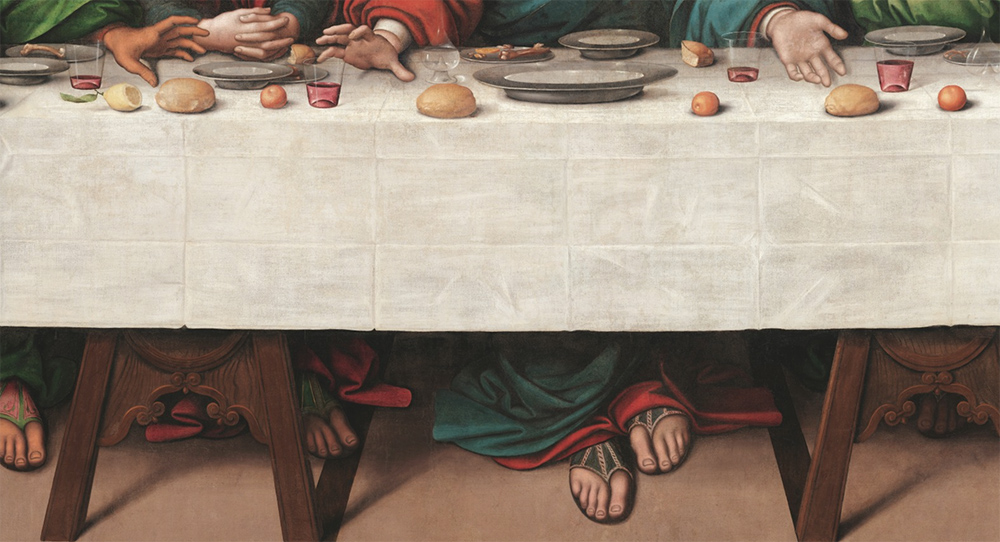 Creases from where the tablecloth was folded, as well as the intricate leather work on the men’s sandals, are things you might not have noticed about this painting were you not up close in person with it. Via/ Google

The zoomable image allows us to see every minute brushstroke and aspect. It turns out that Jesus was having not only wine and bread in this rendition of The Last Supper, he also had what looks like a slice of orange and piece of chicken. Another detail that is visible in the Google work is the spilled salt at Judas’s elbow, thought to be a bad omen in 16th century Europe. 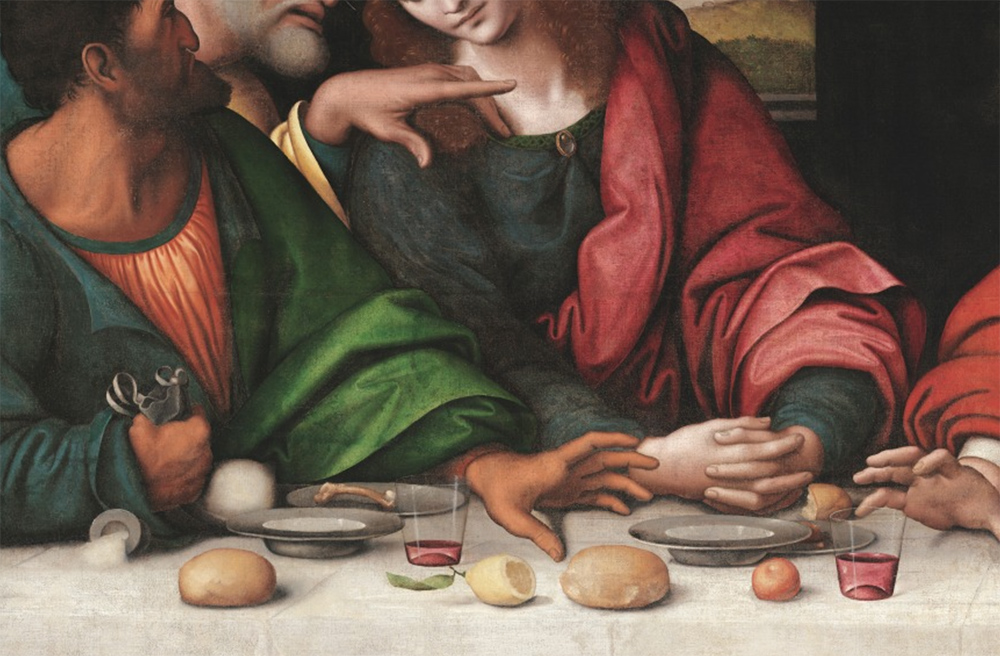 Other intricate particulars are the glasses vessels on the table, low cups filled with wine and a decanter of exquisite beauty, filled with clear liquid. Just how skillfully the glass vessels at the table are painted is on full display in this zoomable version. It’s clear that Giampietrino was a true master, which would of course make sense if he learned from the great da Vinci. 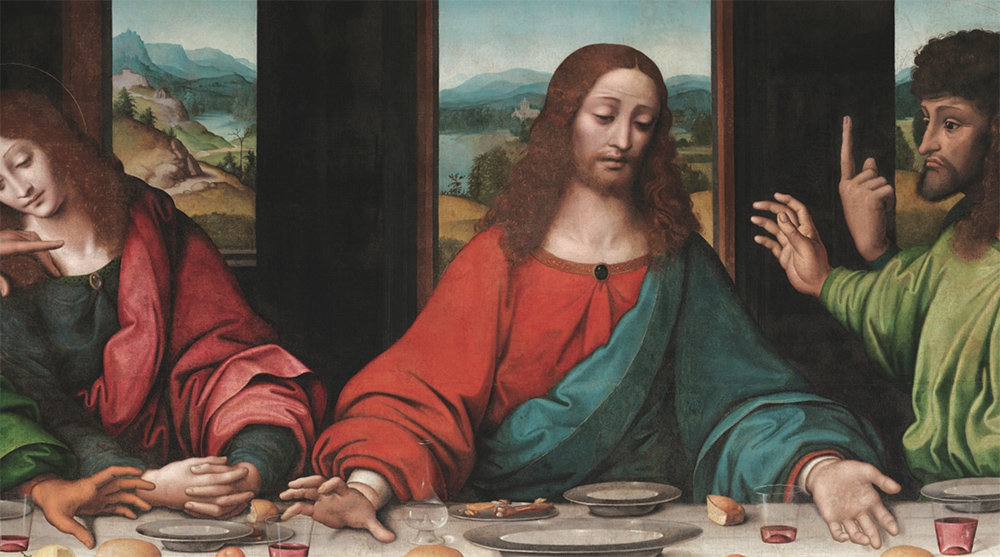 You can see the Google Arts & Culture version here, also available in augmented reality which provides interactive qualities in addition to the zoom feature.