Adele’s “Rolling in the Deep” Never Sounded So Good! So Much Talent in the Air Force!

When you hear someone singing one of their favorite songs, you can tell the difference between a fan of the artist singing a song they love and a true artist singing as if they were in front of thousands of their fans. The emotion, connection and passion is unmistakable.

That’s definitely the case in this amazing video that captures members of the U.S. Air Force doing their own renditions of “Rolling In the Deep” by Adele, “Empire State of Mind” by Jay-Z and Alicia Keys, and “Don’t Stop Believin'” by Journey.

The group of Airmen are members of the U.S. Air Forces Central Command (AFCENT) Band, and this video was a surprise birthday performance for A1C Amber Holt while she was deployed. 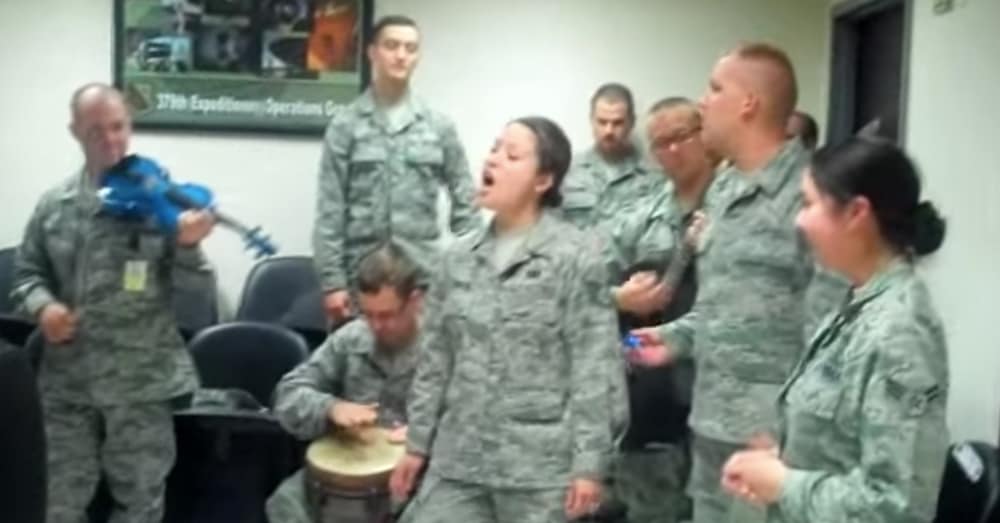 If Staff Sgt. Angie Johnson doesn’t have a career in music when she gets home, no one does. And to make it even more impressive, she’s not even using a microphone!

She’ll make you wanna dance and shout! You will love her singing as much as we do and pass it on to your friends.

This is real talent! Who’d have thought? These Airmen really have what it takes!

Watch and listen to this amazing performance in the video below!

Sailor Writes Veterans’ Version of “Hallelujah” And It’s Absolutely Breathtaking: Click “Next” below!