Most Americans do not know that the last 41 names on the Vietnam Memorial, “The Wall,” are from a battle that took place barely two weeks after the fall of Saigon to the North Vietnamese in 1975. It is called the Mayaguez Operation and is often a forgotten part of the Vietnam War. But we will do what we can here to keep the memory of this event and those who took part in it alive. 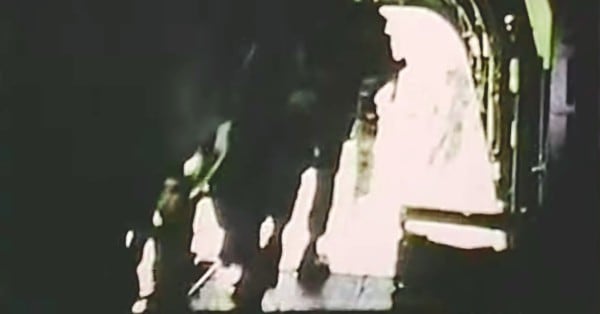 It was May of 1975. The last Americans, including the U.S. Ambassador, had left in the chaotic evacuation from Saigon only a few days before, bringing an end to the Vietnam war for American troops.

But it was not over yet.

A rogue element of the Khmer Rouge, Cambodian Navy boarded an American Merchant Vessel, the Mayaguez, and took it and everyone aboard hostage. It was an act of high seas piracy. The boat was seized in international waters and was taken to a small Cambodian island called Koh Tang. There was fear that the ship and its crew would be taken to mainland Cambodia. A poorly planned rescue operation was hastily put together by the U.S.

The only ground forces that were available at the time were United States Marines stationed in Okinawa, Japan. Those Marines were part of the 2nd Battalion, 9th Marines, an infantry battalion which had distinguished itself earlier in the Vietnam War in the defense of Khe Sanh during the 1968 Tet Offensive. They were flown immediately from their base in Okinawa to the American air base at Utapao, Thailand. Because of the chaos of U.S. forces leaving Vietnam only two weeks earlier, the only helicopters that were available for inserting and extracting these Marines were Air Force HH­53s, otherwise known as,“Jolly Green Giants.” This combined effort of the U.S. Marines and the U.S. Air Force took place long before we began the modern habit of joint military training.

They would have to go into this attack without really knowing each other’s methods.

The Air Force HH­53s were not originally designed for this purpose either. They are huge helicopters designed to do heavy work. They are nothing like the smaller Hueys that were built to be quick and agile, as well as heavily armed. These American Marines and airmen would have to draw upon their natural capacities for independence and ingenuity to get this job done.

The Marines were told that they would be going up against lightly armed and ill-­trained fishermen and pirates. They soon found out that they were really up against a Khmer Rouge Battalion of about 400 well-armed and highly experienced men. This became apparent in the early moments of the attack. In the first wave, four of the Jolly Green Giants were shot down with significant loss of life. Quite quickly, the original attack force of HH­53 Jolly Green Giants would be reduced to only three operable platforms. It was these three that would have to go in again and again, under heavy and concentrated enemy fire, to extricate the Marines of 2/9.

This would prove to be a harrowing task. It would give us a true hero as well.

At dusk, the first two Air Force HH­53s came in taking very heavy fire from the Khmer Rouge force that had pinned the Marines on the beach. They loaded as many Marines as they could and lifted off to take them out to the aircraft carrier, USS Coral Sea, which was steaming toward the battle, but was still a 30 minute flight away. The HH­53 Air Force pilots, despite the incredibly heavy weapons fire that greeted them each time they came in, would do everything necessary to get those Marines out of harm’s way.

One of the HH­53 pilots was Air Force 1st Lieutenant, Robert Blough. He was flying the HH­53 with the call sign “Jolly­44.” He came in taking heavy machine gun fire as 36 of the Marines rushed aboard his craft, part of which was in the water. Many of the Marines were wounded. The helicopter was designed to carry a maximum of 25. It was severely overloaded, but Lt. Blough lifted off and headed out to sea to the USS Coral Sea. It was dark by now and overcast. Lt. Blough spotted the USS Harold E. Holt, a small Destroyer Escort, which had a small helipad on its aft deck. He decided to utilize that helipad to unload his Marines and head back to the island to pick up more.

The problem was that the helipad was not made for a helicopter the size of a Jolly Green Giant. Lt. Blough had to “fit” that helicopter onto that small helipad with absolute precision. He put his nose wheel down at one corner of the square helipad, then he gently settled the two large wheels of the craft into opposite corners. He really didn’t land the big helicopter. He had to keep 50% power keeping the craft steady.

He was literally flying forward keeping pace with the moving ship, but at a 45 degree angle from the direction the ship was headed in.

He also had to keep his big rotary blade from striking any part of the Holt or there would be a disaster and tremendous loss of life. He did this all with determination and great skill. When the Marines were all off­loaded, he took off and headed back to Koh Tang Island to pick up more Marines. For his actions that day, Lt. Blough was awarded the Silver Star, but the almost 80 Marines whose lives were saved that day felt that he deserved a much higher decoration.

The Marines and the Air Force personnel who were killed in action that day would become the last 41 names to be carved into the Vietnam Memorial. The cost of that battle was great, but those Marines of 2nd Battalion, 9th Marines and their Air Force brothers that took part in the Mayaguez Operation have become true brothers­ in­ arms. They have formed and association that meets regularly and it has become a valuable part of the healing that these men needed over the decades that have passed since their return home.

We here at The Veterans Site are honored to keep alive the memory of what those United States Marines and Air Force heroes did that day on behalf of the crew of the American Merchant Vessel, Mayaguez. When called upon in a moment of crisis, they came through with courage and honor. They fulfilled their mission. We offer our gratitude for their uncommon courage and dedication to duty. For those who fell on that mission, we offer our prayers and we promise to never forget their sacrifice and that of their families.