Angel In The Hospital Waiting Room

I knew right then I had seen an angel.

Do you ever get that feeling that you saw an angel?

My story starts with a lady named Mary. She would come into my place of work and she was very sweet. I must admit I didn’t know her well and I had only exchanged a few words with her in the past.

One day she opened up to me about how her mother had passed and how much she missed her. She also shared with me that her brother had committed suicide and she was worried for his soul, she believed he was burning in hell.

I kindly told her that I didn’t believe God would send her brother to hell just because he struggled in this life and chose to leave early. I told her I believed both her mother and her brother would be waiting for her when it was her time and that they were both happy and felt no pain. 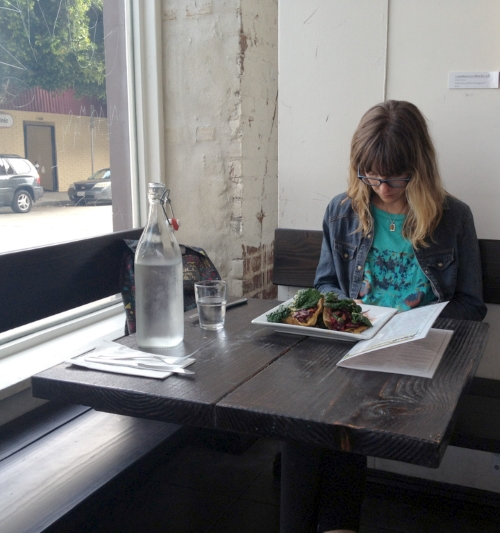 Just then a man walked in and he was very unique. I felt a peace about him and his eyes were like nothing I had ever seen before. He had eyes of every color you could imagine. They were a mixture of brown, blue, green, and even yellow. They were so beautiful! I stopped talking to Mary and offered the man something to drink.

He didn’t want anything and just quietly sat down next to Mary. I excused myself to go do some stocking. About five minutes later the man approached me and simply said, “Thank you for talking to Mary; thank you for listening to her.” He then handed me twenty dollars and left.

I went up to Mary and asked her if she knew the man. She looked at me with this puzzled look on her face and told me she had never seen him before in her life. I asked her if she had a conversation with him or spoke to him at all and she said no. I told her that he knew her name somehow.

I knew right then I had seen an angel. I never saw the man again and Mary passed away a month later. The thing about my experience is you never know what people are going through and it is worth it to take time to comfort those around you and see the beauty in all life. I believe angels are all around us guiding us and helping us on our journey called life.