A Big Cat Kitten and a Large Dog Puppy Met, and Never Separated – It’s Too Cute.

Cheetahs have a reputation as the easiest of the big cats to be tamed by a huge margin. They were used as hunting companions way back in Bible times, and were pets to Genghis Khan. That said, they are still wild animals, and in places like zoos they are encouraged to remain themselves. So it is when efforts to help rebuild their decimated population don’t always work out. 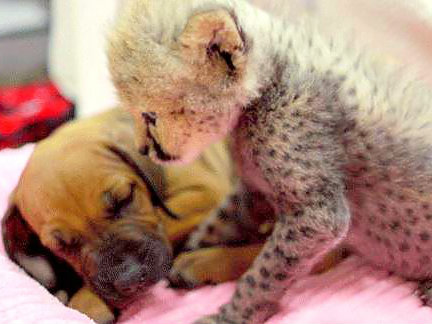 Meet Ruuxa. Ruuxa was born in captivity at the San Diego Zoo, but as the runt of the letter was quickly abandoned by his mom. His keepers couldn’t let him die, so took Ruuxa in and gave him a pal – Raina, a Rhodesian Ridgeback puppy. 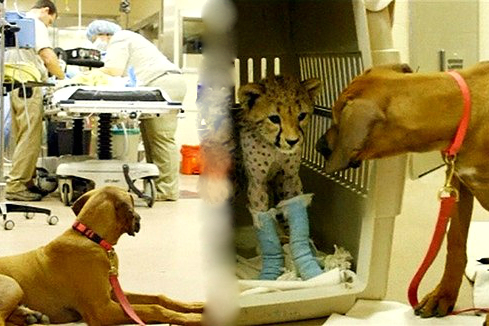 As Ruuxa grew into a big cat, Raina also grew into a big dog, and the two have been best of friends ever since. From babies to adulthood, they’ve gone through it all, including corrective surgery for poor Ruuxa’s bowed legs – not a great asset for a feline known for running up to seventy miles per hour. 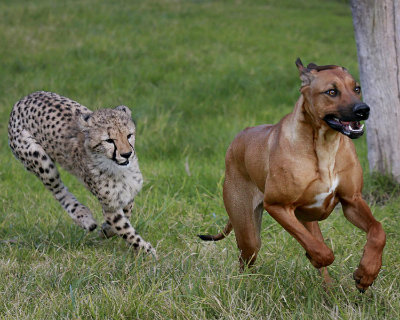 Today, the two frolick in the paddock at the zoo and occasionally run races. Raina doesn’t fair very well – check it out in the video below!