New Legislation Called For After Yet Another Botched Restoration in Spain

From early in Christian history Spain has played an important role in the church. Even today most people in Spain identify as Catholic, proving that the citizens have a deep connection to their faith. As such, the Christian churches and relics that the country is so well known for have played an important role in the religious life, as well as in daily worship. Despite the deep significance of these works of art, yet another botched restoration has taken place on an antique religious painting and the results are pretty awful. 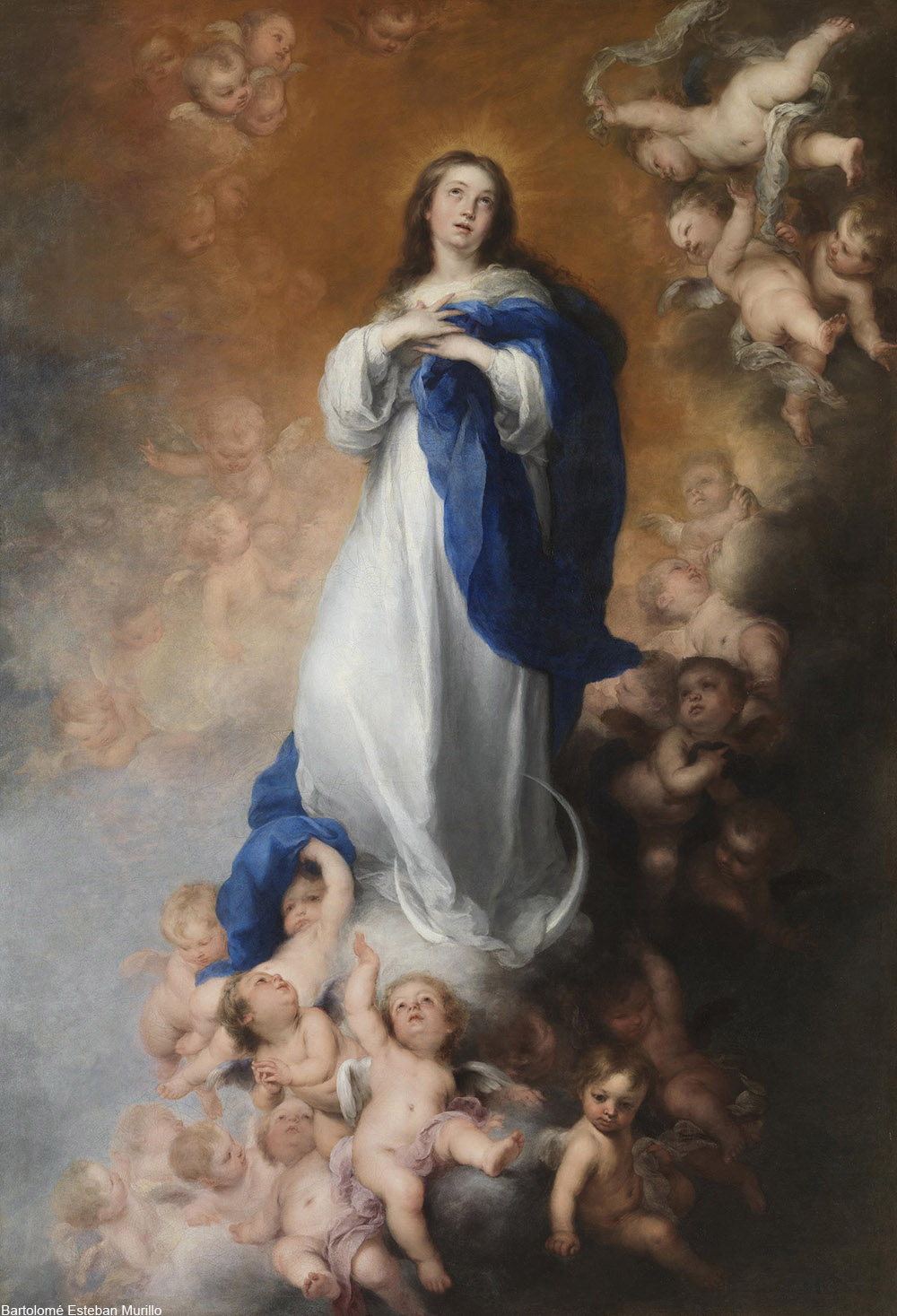 The painting is a copy of Bartolomé Esteban Murillo’s The Immaculate Conception of Los Venerables (original seen above), which tells the story of the Virgin Mary being tasked by God tasked to carry his only begotten son, Jesus. Murillo’s painting was completed in 1678 and has been copied in various paintings over the years. The original once hung in the Louvre in Paris, and a copy today is housed at Notre-Dame Basilica, Geneva, Switzerland, proving how important this work is.

A copy from the Baroque era (1600-1750) is owned by a private collector from València, Spain, who paid the tidy sum of €1,200 ($1,350) to have the face of the Virgin Mary cleaned. Unfortunately, the restorer in question worked on furniture, not historic paintings. And, the results of this misguided attempt are very clear: it was a total flop.

Above is a side-by-side comparison of what the restorer started with and what was presented to the owner as a restoration. We can only assume that in attempting to clean the surface that some of the paint was smeared or removed and that the horrendous touch-ups were an attempt to conceal this damage. Otherwise it makes little sense why someone would cover up a painting they were in reality supposed to merely clean.

The painting’s owner was, rightfully so, dissatisfied to say the least. Uneven eyes, a lack of shading, a wildly altered jawline, and an overall lack of skill and knowledge are visible in this rendition. All original details in the “restored” areas have been completely obscured.

The owner of the painting requested that the damage be repaired by the furniture restorer and it was then worked on again. Unbelievably it turned out even worse the second time around. In the most recent iteration, the Virgin Mary isn’t even looking in the same direction and all of the details turned out even more mangled than in the earlier work.

The sad thing is that it takes only small measure of time to paint over a masterpiece, but to undo layers and layers of botched paint like this work has been subject to will take a great deal of time and money to accomplish, not to mention incredible skill.

In the video below you can see the entire painting and get a better sense of just how badly this restoration has gone. Mary’s head and hands are not the same proportions at all, with the hands appearing much smaller than the head that the restorer painted on. Changes to the cherubim and other aspects of the painting also appear to have taken place.

The botched restoration has been the laughing stock of social media and news outlets alike in recent days. The widespread attention garnered a response from experts in the field. Fernando Carrera of the Galician School for the Conservation and Restoration of Cultural Heritage issued statements to The Guardian that this kind of damage should not be allowed under the law. Carrera stated, “I don’t think this guy – or these people – should be referred to as restorers. Let’s be honest: they’re bodgers who botch things up. They destroy things.” Carrera likened the situation to what would happen if an untrained person decided to perform surgeries and also called for new legislation on restoring historic and culturally relevant objects so as to avoid this kind of thing happening again.

Disfigured works of art have been a growing concern in Spain over the past decade. The badly defaced painting Ecce Homo de Borja in 2012 is now incredibly famous due to how unlike the original it turned out to be. Later came the ruin of a wooden statue of Mary and the Christ-child in 2018. In addition, a wooden polychrome statue of St. George slaying the dragon was also fumbled, though it was thankfully restored properly at a later date.

Maria Bojra of the Conservative Restorers of Spain (ACRE) decried the damaged painting of the Immaculate Conception, but noted that we only see a fraction of the damaged pieces like this through the news and social media. Her estimation is that there are many more that escape public scrutiny because of the debacles being covered up, despite the fact that some of the damage is irreversible. In Spain the restoration profession or title is an unregulated one, meaning that there may be little consequence for what was done to this painting.

For what it’s worth, the owner of the The Immaculate Conception of Los Venerables copy has since contacted a reputable restorer and will be seeking a do-over on the painting.