7 Christian Landmarks from Around the World 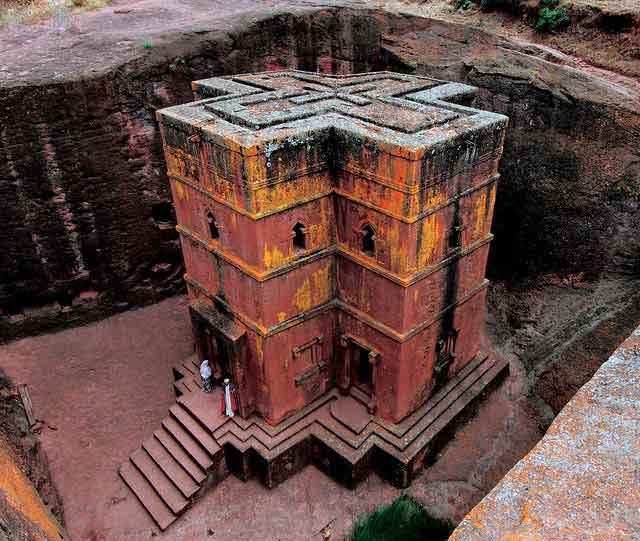 In northeastern Africa, Ethiopia had been a center of Judaism for centuries. According to some traditions, the House of Israel had lived peacefully in Ethiopia from the time of King Solomon. So it’s little wonder that Christianity, the fulfillment of the Old Covenant, found Ethiopia very early. History shows that the Kingdom of Aksum made Christianity a state religion in the fourth century, though a royal official was converted by Philip much earlier (Acts 8). In the 1100s, these churches at Lalibela were carved from solid rock and are now designated as a World Heritage Site by UNESCO.

Modern-day Turkey was one of the primary focuses of Paul’s missionary journeys, and the address of John’s Revelation, the Seven Churches of Asia. In the 300s, theologian and monk Basil the Great encouraged Christian asceticism in the hilly region of Cappadocia. There, the soft volcanic rock proved easy to carve. While early monastic settlers made only small rooms for themselves, as the settlement grew, entire churches and communities of devout men were carved into the hillside.