Why We Have Four Gospels

The meaning behind each of the Gospels

Have you ever wondered why one earth we have Four accounts of the life and ministry of Jesus? Why did four separate accounts make it into the Cannon? The simple answer is that each of the Gospels was written by a different inspired author, who while writing through Divine inspiration, still had a unique perspective and audience. That’s why we get different details in Matthew’s recollection than in Luke’s. This gives us a broad landscape with which to understand some of the most crucial points of our faith. For example, the account of the Rich Young Ruler. Matthew and Mark tell of a rich man who was young, but Luke adds the detail that this man was a ruler as well. This gives the story more depth, in that the man not only had money, but significant power and authority. And yet Jesus still asked him to sell all he had to the poor and follow him. Therefore, we have these distinct accounts for several reasons:

1. To Give A Complete Picture Of Christ.

While the entire Bible is inspired by God (2 Timothy 3:16), He used human authors with different backgrounds and personalities to accomplish His purposes through their writing. Each of the gospel authors had a distinct purpose behind his gospel and in carrying out those purposes, each emphasized different aspects of the person and ministry of Jesus Christ.

Matthew was writing to a Hebrew audience, and one of his purposes was to show from Jesus’ genealogy and fulfillment of Old Testament prophecies that He was the long-expected Messiah, and thus should be believed in. Matthew’s emphasis is that Jesus is the promised King, the “Son of David,” who would forever sit upon the throne of Israel (Matthew 9:27; 21:9).

Mark, a cousin of Barnabas (Colossians 4:10), was an eyewitness to the events in the life of Christ as well as being a friend of the apostle Peter. Mark wrote for a Gentile audience, as is brought out by his not including things important to Jewish readers (genealogies, Christ’s controversies with Jewish leaders of His day, frequent references to the Old Testament, etc.). Mark emphasizes Christ as the suffering Servant, the One who came not to be served, but to serve and give His life a ransom for many (Mark 10:45).

Luke, the “beloved physician” (Colossians 4:14 KJV), evangelist, and companion of the apostle Paul, wrote both the gospel of Luke and the Acts of the apostles. Luke is the only Gentile author of the New Testament. He has long been accepted as a diligent master historian by those who have used his writings in genealogical and historical studies. As a historian, he states that it is his intent to write down an orderly account of the life of Christ based on the reports of those who were eyewitnesses (Luke 1:1-4). Because he specifically wrote for the benefit of Theophilus, apparently a Gentile of some stature, his gospel was composed with a Gentile audience in mind, and his intent is to show that a Christian’s faith is based upon historically reliable and verifiable events. Luke often refers to Christ as the “Son of Man,” emphasizing His humanity, and he shares many details that are not found in the other gospel accounts.

The gospel of John, written by John the apostle, is distinct from the other three Gospels and contains much theological content in regard to the person of Christ and the meaning of faith. Matthew, Mark, and Luke are referred to as the “Synoptic Gospels” because of their similar styles and content and because they give a synopsis of the life of Christ. The gospel of John begins not with Jesus’ birth or earthly ministry but with the activity and characteristics of the Son of God before He became man (John 1:14). The gospel of John emphasizes the deity of Christ, as is seen in his use of such phrases as “the Word was God” (John 1:1), “the Savior of the World” (John 4:42), the “Son of God” (used repeatedly), and “Lord and…God” (John 20:28). In John’s gospel, Jesus also affirms His deity with several “I Am” statements; most notable among them is John 8:58, in which He states that “…before Abraham was, I Am” (compare to Exodus 3:13-14). But John also emphasizes the fact of Jesus’ humanity, desiring to show the error of a religious sect of his day, the Gnostics, who did not believe in Christ’s humanity. John’s gospel spells out his overall purpose for writing: “Jesus did many other miraculous signs in the presence of his disciples, which are not recorded in this book. But these are written that you may believe that Jesus is the Christ, the Son of God, and that by believing you may have life in his name” (John 20:30-31).

Thus, in having four distinct and yet equally accurate accounts of Christ, different aspects of His person and ministry are revealed. Each account becomes like a different-colored thread in a tapestry woven together to form a more complete picture of this One who is beyond description. And while we will never fully understand everything about Jesus Christ (John 20:30), through the four Gospels we can know enough of Him to appreciate who He is and what He has done for us so that we may have life through faith in Him. 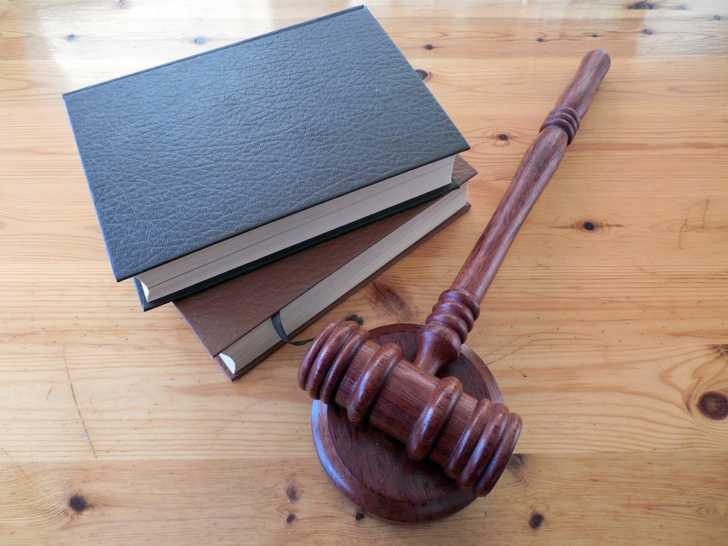 The Bible, from earliest times, states that judgment in a court of law was not to be made against a person based on the testimony of a single eyewitness but that two or three as a minimum number were required (Deuteronomy 19:15). Even so, having different accounts of the person and earthly ministry of Jesus Christ enables us to assess the accuracy of the information we have concerning Him.

Simon Greenleaf, a well-known and accepted authority on what constitutes reliable evidence in a court of law, examined the four Gospels from a legal perspective. He noted that the type of eyewitness accounts given in the four Gospels”accounts which agree, but with each writer choosing to omit or add details different from the others”is typical of reliable, independent sources that would be accepted in a court of law as strong evidence. Had the Gospels contained exactly the same information with the same details written from the same perspective, it would indicate collusion, i.e., of there having been a time when the writers got together beforehand to “get their stories straight” in order to make their writings seem credible. The differences between the Gospels, even the apparent contradictions of details upon first examination, speak to the independent nature of the writings. Thus, the independent nature of the four Gospel accounts, agreeing in their information but differing in perspective, amount of detail, and which events were recorded, indicate that the record that we have of Christ’s life and ministry as presented in the Gospels is factual and reliable.

3. To reward those who are diligent seekers.

Much can be gained by an individual study of each of the Gospels. But still more can be gained by comparing and contrasting the different accounts of specific events of Jesus’ ministry. For instance, in Matthew 14 we are given the account of the feeding of the 5000 and Jesus walking on the water. In Matthew 14:22 we are told that “Jesus made the disciples get into the boat and go on ahead of him to the other side, while he dismissed the crowd.” One may ask, why did He do this? There is no apparent reason given in Matthew’s account. But when we combine it with the account in Mark 6; we see that the disciples had come back from casting out demons and healing people through the authority He had given them when He sent them out two-by-two. But they returned with “big heads,” forgetting their place and ready now to instruct Him (Matthew 14:15). So, in sending them off in the evening to go to the other side of the Sea of Galilee, Jesus reveals two things to them. As they struggle against the wind and waves in their own self-reliance until the early hours of the morning (Mark 6:48-50), they begin to see that 1) they can achieve nothing for God in their own ability and 2) nothing is impossible if they call upon Him and live in dependence upon His power. There are many passages containing similar “jewels” to be found by the diligent student of the Word of God who takes the time to compare Scripture with Scripture.