A Powerful Story Of True Healing In Christ

One night in a church service a young woman felt the tug of God at her heart. She responded to God’s call and accepted Jesus as her Lord and Savior. The young woman had a very rough past, involving alcohol, drugs, and prostitution. But, the change in her was evident. As time went on she became a faithful member of the church. She eventually became involved in the ministry, teaching young children. It was not very long until this faithful young woman had caught the eye and heart of the pastor’s son. The relationship grew and they began to make wedding plans. This is when the problems began.

You see, about one half of the church did not think that a woman with a past such as hers was suitable for a pastor’s son. The church began to argue and fight about the matter. So they decided to have a meeting. As the people made their arguments and tensions increased, the meeting was getting completely out of hand. The young woman became very upset about all the things being brought up about her past. As she began to cry the pastor’s son stood to speak.

The whole church began to weep as they realized that they had been slandering the blood of the Lord Jesus Christ. Too often, even as Christians, we bring up the past and use it as a weapon against our brothers and sisters. Forgiveness is the very foundation of the Gospel. If the blood of Jesus does not cleanse the other person completely then it cannot cleanse us completely. If that is the case, then we are all in a lot of trouble. As the old favorite goes: 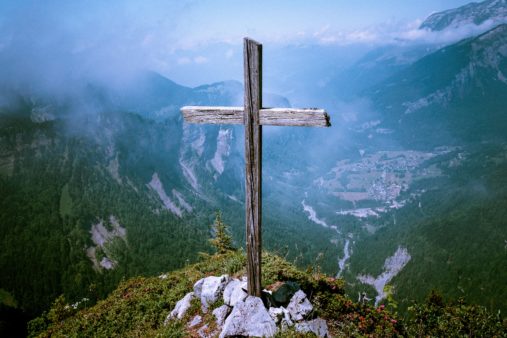 What can wash away my sins? Nothing but the blood of Jesus.

Bear with each other and forgive one another if any of you has a grievance against someone. Forgive as the LORD forgave you. – Colossians 3:13

Get rid of all bitterness, rage, and anger, brawling, and slander, along with every form of malice. Be kind and compassionate to one another, forgiving each other, just as in Christ God forgave you. – Ephesians 4:32 & 32