Many of us grew up on Disney movies and often wished to be a part of those fairy tales. Why do you think Disney Land and Disney World are so popular? They give us a chance to live a bit of that magic, if only for a short while!

Dutch illustrator, Isa Bredt, also dreamt of a Disneyfied world, only her vision was all about pets instead of people. I can’t say I’m disappointed at the results – just look at these adorable, silly, and at times grumpy animals who got turned into Disney cartoons! If you’re in need of a pick-me-up, here it is, served Disney style. 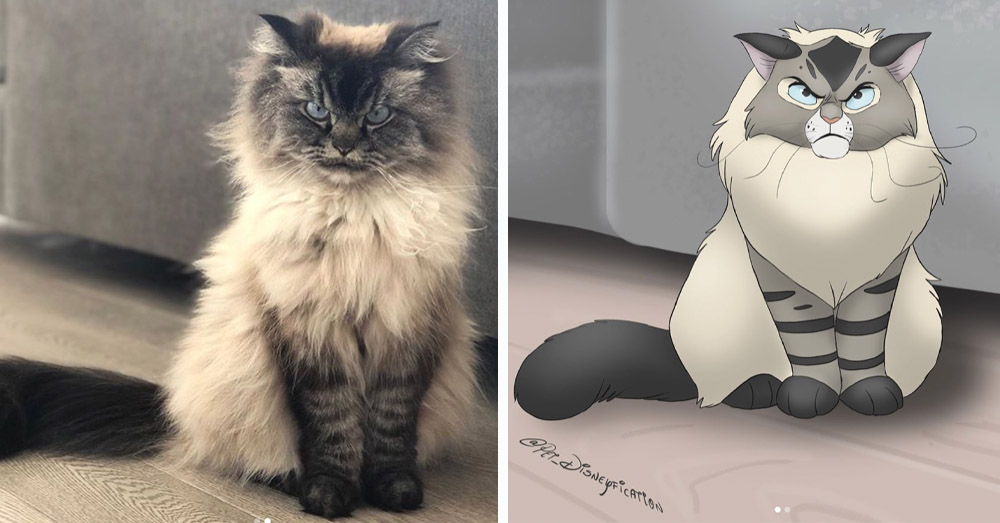 We’re starting out strong with this grumpy little fluff ball! I love the artist’s representation of his cute little scowl. I can see this fierce feline getting along with Lucifer, the evil cat from Cinderella, can’t you?

Two Peas In A Pod 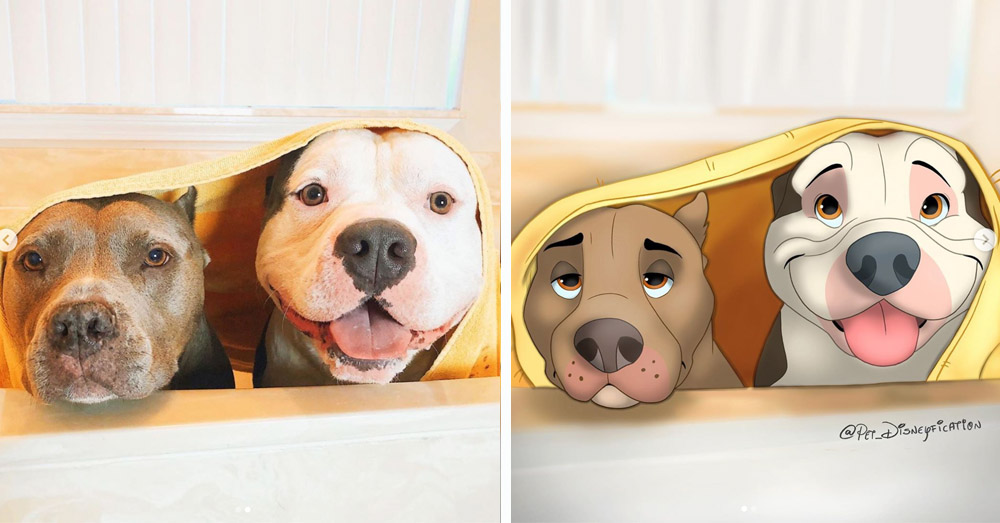 How cute are these little peas in a pod? Or, rather, dogs in a pod. The caption from the Instagram post reads: These are two super sweet bullies that I just wanted to draw because I haven’t drawn American bulls / pitbulls in a while! They are one of my favorite kinds of dogs to draw. I hope I got their awesome facial expressions right! It was pretty challenging! 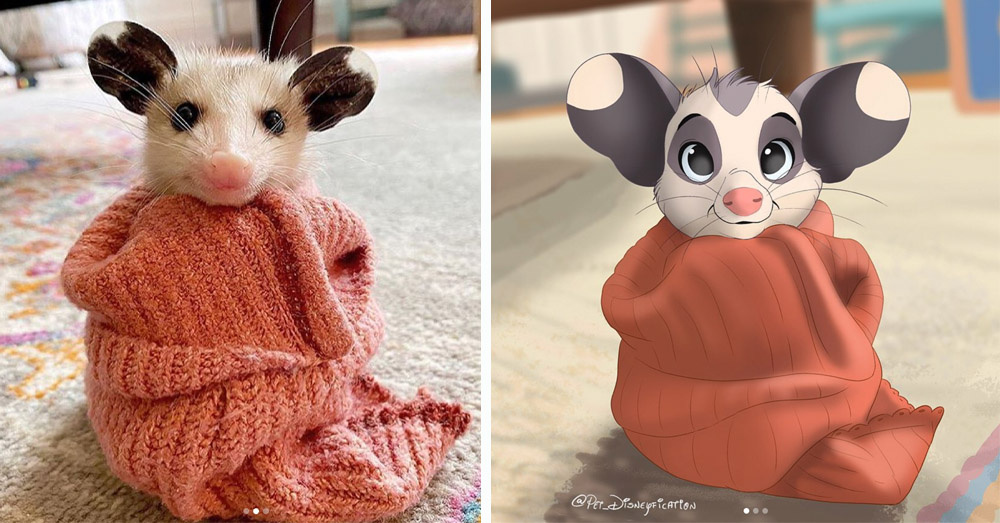 Okay, well this little guy is pretty darn cute all on his own. I mean seriously, I never thought I’d want a rodent as a pet, but this one photo is changing my mind! From the post: I saw this picture of Cloud and it just got stuck in my head! I HAD to draw it! He’s wayyy too cute! 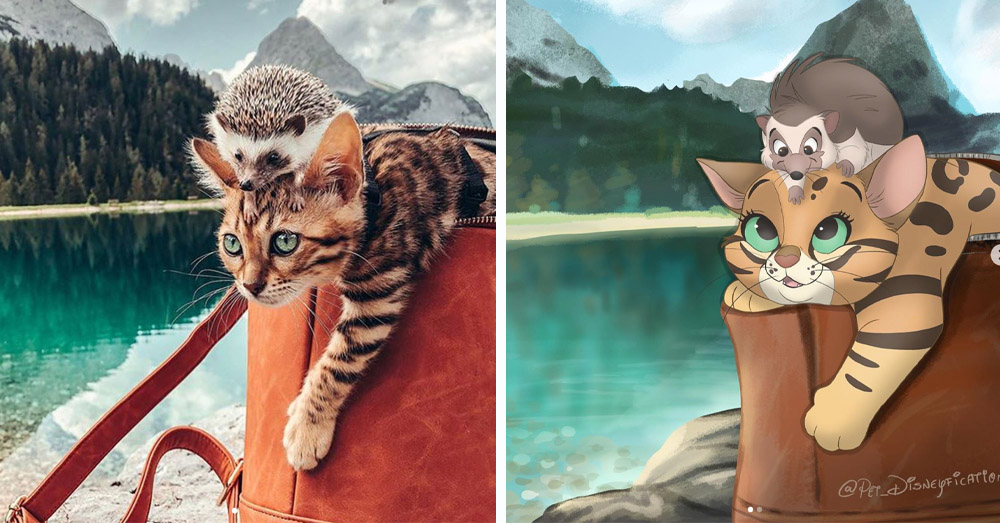 My heart! My soul! These two are ridiculously precious, don’t you think? That has to be the most chill cat I’ve ever seen. From the post: Herbee and Audree are SO pretty! Side note: there are not enough hedgehogs in Disney movies! I could only think of the hedgehogs from Alice in Wonderland. Am I missing one? 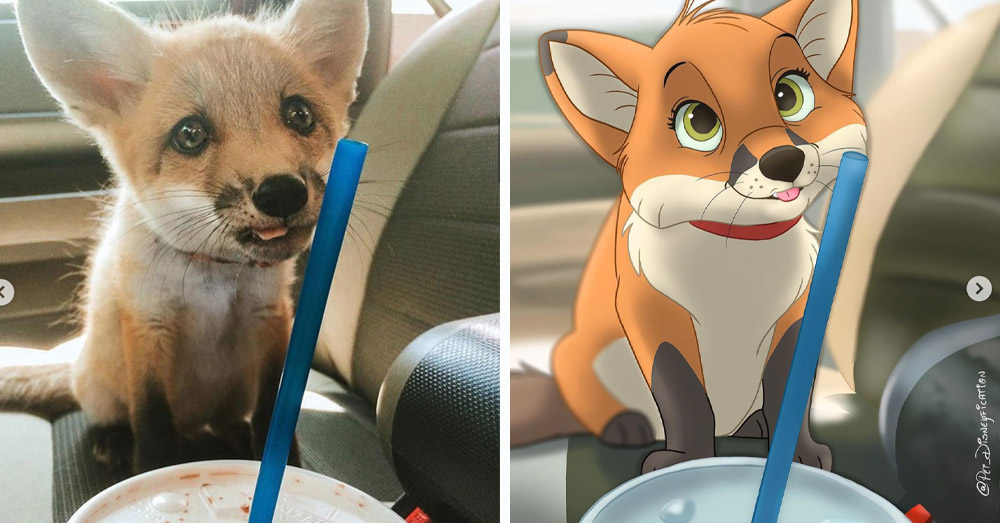 I don’t know this little guy’s backstory, but it seems like he’s making the most of his situation! Can’t you just hear him begging for a sip or soda? I can’t get over his eyes! So pretty! 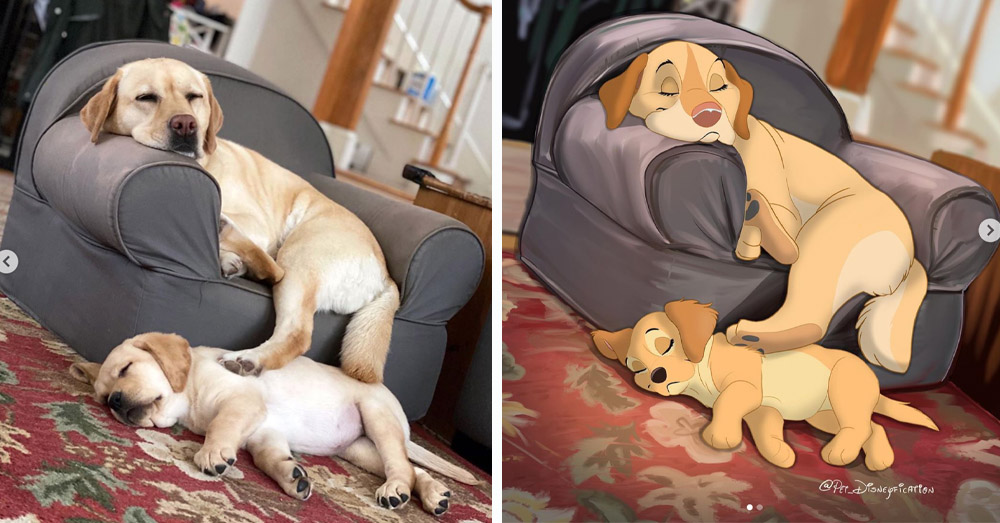 How precious are these sleeping pups? The one on the couch has such a protective stance, even while napping. This picture makes me want to curl up on the couch myself, preferably with a dog or two to keep me company.