How Medieval Illuminated Manuscripts Were Made

Illuminated manuscripts are artifacts from the Middle Ages, with the market for these books flourishing between 1100 and 1600 across Europe, Persia, and Asia. Illuminated manuscripts were the decorative books commissioned by wealthy patrons to stock their libraries in style in the era before the printing press made mass printing a possibility. And, the process of creating these rare books was a complicated one that involved many hands to complete. 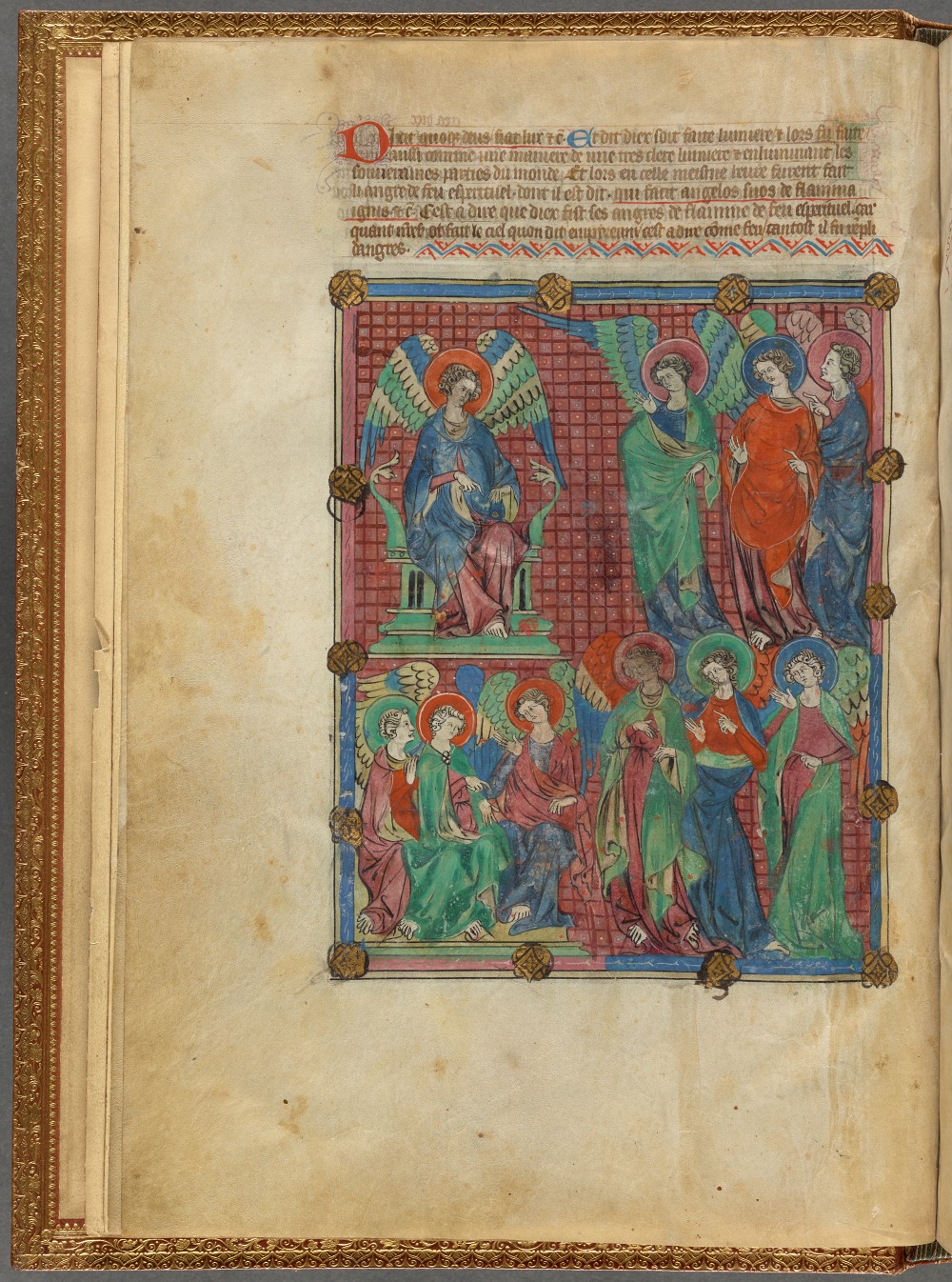 These expensive books were handmade from leather, lettered by hand, and then “illuminated” with illustrations of burnished gold leaf. Paints made from precious materials like crushed rubies or lapis lazuli were used to add rich color to the illustrations.

While the illustrations were dazzling and attention-grabbing, the scripts also had to be impeccably executed and the process required the work of a skilled scribe. Errors in text had to scraped off with a small knife once the ink was dry, a process that could be repeated many times on a single page because of the resilient nature of the parchment. 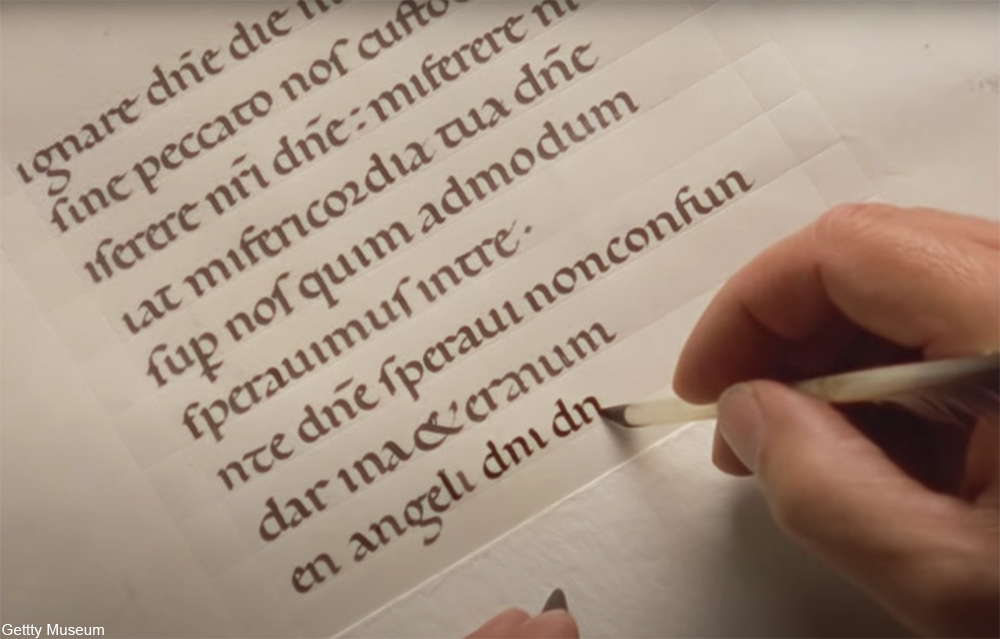 Monasteries created many of these volumes, sometimes with the work of skilled nuns rounding out the process. As such many of these precious books concern Christianity and religious stories, though some are filled with fables, poems, or tales of romance and adventure. 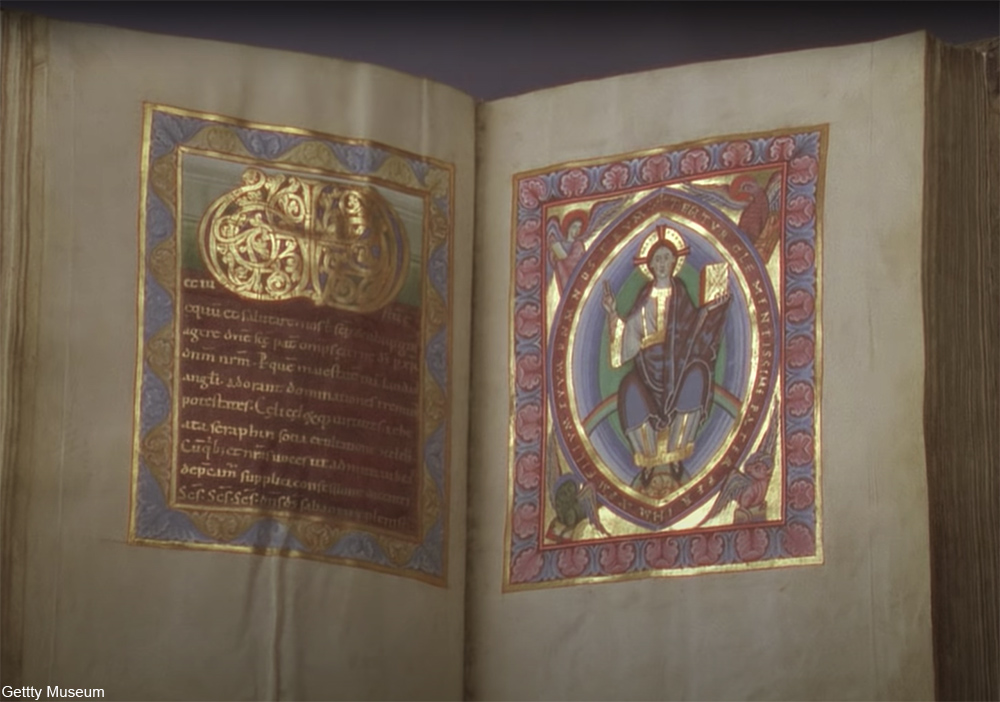 These one-of-a-kind specimens have survived until today because of the extremely high quality materials they’re made with. Unlike cheap inks, pigments made with precious stones and metals are long-lasting and tend to retain their hues over time. Likewise, the pages are made from parchment paper, which is not paper as we know it today, but instead is made from animal skins- sometimes dozens needed to make a single book. The process for making parchment was long and involved, taking attention to detail at every step to ensure a smooth writing surface. 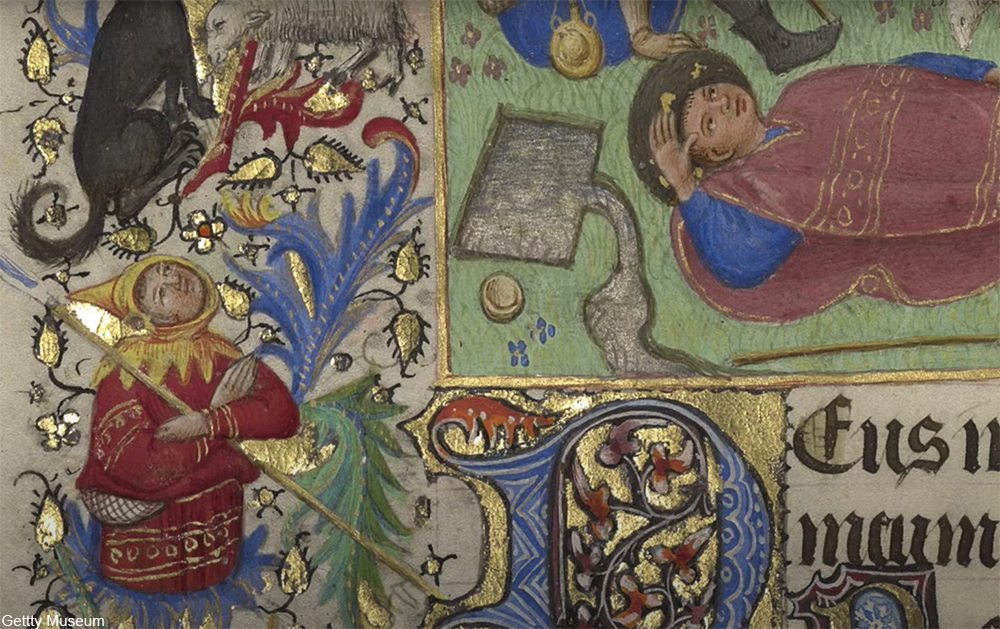 Once the words and images were applied, the painstaking process of binding the tome was begun. The front and back covers were made from wood boards which were then covered in leather. Parchment manuscripts often had clasps along the front edges of the pages. This was to prevent the animal skin from expanding over time by keeping constant pressure on the pages.

See the long and complicated process of how the glorious illuminated manuscripts of the Middle Ages were made in the video below from the Getty Museum.