In my retirement, I have been teaching one course a year at my former university. This year the course title was ʺUnforgettable Books.ʺ One of the books I taught was Joseph Conrad’s ʺHeart of Darkness.ʺ In that book a character by the name of, Kurtz, is the catalyst for all that happens in the book. There is a great deal of myth built up around him by the other characters in the story, but by the time we encounter Kurtz in person, he has gone beyond the restraints of all laws, civil, or moral, or religious and has gone completely mad. Greed and seemingly infinite power have gone to his head. He has become nothing more than a self-absorbed ego that claims all things, including the peoples he is using and abusing, to himself. As a result he has become creature of the darkness. Indeed, he has entered the very heart of darkness. In the beginning, it is believed that he would be one of the great ones, taking civilization and Christianity into the very heart of the Congo, but he has become quite the opposite, in every imaginable way.

At one point in the book, the narrator, Marlow, reads a pamphlet that Kurtz apparently had written early on in his time in the Congo. He writes of how the Europeans appear to these ʺsavagesʺ as something akin to deities. He writes, ʺBy the simple exercise of our will we can exert a power for good practically unbounded, etc., etc.ʺ Marlow then tells his listeners that at the end of the pamphlet he found a disturbing note scrawled angrily at the foot of the final page. The impression was that Kurtz had ʺscrawled [it] evidently much later, in an unsteady hand.ʺ The words Kurtz had written there were, ʺExterminate all the brutes!ʺ With this note we see that Kurtz has crossed over a terrible and terrifying border. He has turned completely away from the light and reason of civilization, of morality, or any kind of restraint on his behavior and entered the ʺheart of darkness.ʺ Indeed, Kurtz’ last words are: ʺThe horror. The horror.ʺ We don’t know if he finally sees the blackness of his own soul and is horrified by it, or if he is looking at his ultimate destiny in hell, but these words are chilling.

Every time I read this book, it seems to reek with the musty smell of familiarity. It seems to echo the madness that we are seeing in the news every day today. Irrational, mindless violence and utter contempt for human life seems to have settled like a stink into the very fabric of our society. Respect is no longer understood as something that is earned, or something that is freely given in recognition of the other’s shared humanity. Now, it is something that is demanded, even when the one demanding it has done nothing to deserve it, but simply because, he or she has demanded it. The ego has stormed the walls of the once strong castle of the common good and razed them to the ground, and the result is indescribable madness. The ego has crowned itself the absolute emperor and turned things like truth and justice into mercurial things defined solely by itself. God is no longer looked to by many in the society as a source of wisdom, truth and justice. Only the ego and its personal passions are consulted. Without a faith in a loving God, it is easy to fall into cynicism and even despair. What else could the world be but a place of chaos and absurdity?

Karl Marx, in his Communist Manifesto, argued that, ʺReligion is the opiate of the masses.ʺ G.K. Chesterton understood so clearly a hundred years ago, that the opposite is true when he wrote that the opposite is the deeper truth: ʺIrreligion is the opium of the people.ʺ Chesterton also wrote, very presciently, ʺIf God is abolished, government becomes God. Whenever people do not believe in something beyond the world, they will worship the world. More than that, nay worse than that, they will worship the strongest thing in the world.ʺ Do we not see this today? An even worse tragedy is that ʺthe strongest thing in the worldʺ today is the tyrannical ego, whether it be the ego of the individual, or the ʺegoʺ of a given group. ʺIdentity politics,ʺ see truth and justice only through the prism of a particular, unique, and as is often argued, ʺspecialʺ identity, rather than as a universal reality that applies to all. And, sadly, some Christians can get caught up in this identity politics, separating themselves and judging other Christians, or those who are not Christian, from the narrow prism of their own denomination, or church. In other words, identity politics has seemingly replaced the Two Great Commandments today. Identity politics says, ʺYou have to love ME, be just to ME, or fit into MY world, but I don’t have to return the favor, because you were, are, and always will be other than me, or less than me, or worse, the cause of all things that my ego understands as evil.ʺ This is the source of all the madness we see today. 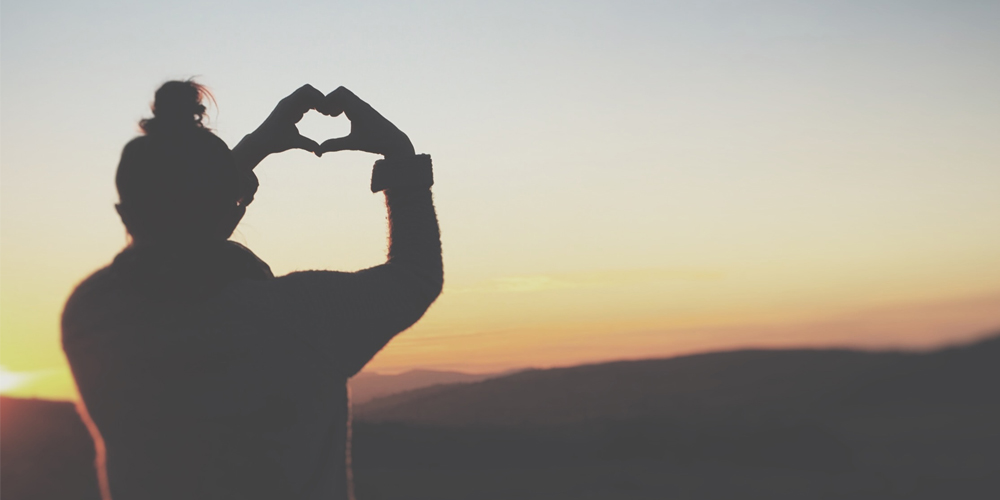 But Christians are not taken in by the madness. We understand our failures and our guilts. We know the power of temptation and the ego, but we also know that we are loved despite it. Because, ʺGod so loved the world and sent his only Son so that everyone who believes in him shall not perish but might have eternal life,ʺ (Jn. 3:16) we know ourselves to be forgiven. We know, too, that Jesus challenges us to ʺtake up our crosses and follow him.ʺ (Mt. 16:24) We, therefore, humbly and willingly choose to love others, just as Jesus loved us, even if it means that we will suffer because of it. Because of Jesus, we understand that all men and women are fallen, but also that all men and women have been saved by the love of God. We know that his love was not a one time event, but that it remains with us in his Holy Spirit. We, therefore, live out of an attitude of hope. Because of our faith we are natural optimists. And because of our faith we know that we are members of a larger community, that we have happy obligations toward not just those we know and love, but to those who are orphaned, widowed, and strangers. We understand that ALL men and women are our brothers and sisters. A true Christian cannot abandon the forgotten, the downtrodden, the immigrant, or the prisoner, precisely because he or she has chosen to follow Christ and his example of unconditional love. We know that, ʺThough we walk through the dark valley of the shadow of death, we fear no evil, for he is with us, his rod and his staff comforting us.ʺ (Psalm 23: 4) We know this too, that God is personally interested in every human person in the same way that he is in me. Why should it not, then, be the same with me? We know that God the Father, the Son, and the Holy Spirit, is with us in everything we do to bring about justice and the common good in his name. We know that we are called to see the face of Jesus in everyone we meet. We know that this is hard, and that we often fail, but we know that God’s love is not arbitrary, that he will pick us up, dust us off, and give us again the graces that we will need to continue the effort of becoming saints. And we know he will never abandon us, nor will he ever stop lovingly challenging us to draw nearer to him through our growing love for our brothers and sisters; the known and the unknown, the beautiful and the ugly, the wanted and the unwanted. That is who Christ was and who he commands us faithfully and joyfully to be.

Though the world seems to be lost in the heart of darkness, we know that it is nothing in comparison with the love of God. We are people of hope, moved by faith, and charged with love. We are called to be light in the darkness. ʺFear not, for I am with you.ʺ (Isaiah 41:10)

ʺYou mark when I walk or lie down;
You know all my ways through and through.
Before a word is ever on my tongue ,
You know it, O Lord, through and through…
Too wonderful for me, this knowledge;
Too high, beyond my reach.
O where can I go from your Spirit,
Or where can I flee from your face?
If I climb to the heavens you are there.
If I lie down in Sheol you are there…
Even there your hand guides me,
Your right hand holds me fastʺ (Psalm 139: 1-10)

10 Bible Verses To Read Before Bed: Click “Next” below!