Lessons In Faith From A Basket Full Of Apples

Rejoice always, pray without ceasing, give thanks in all circumstances; for this is the will of God in Christ Jesus for you. 1 Thessalonians 5:16-18

We all have problems that plague us – some worse than others. Ignoring them or pretending they don’t exist won’t make them go away. If we give those problems to the Lord, it allows us to put them in perspective. Your problems won’t necessarily go away, but praying to God about them will certainly make those problems seem far less significant.

One day an elderly man entered into a hospital. He was grumpy from being on medication and the nurses thought him to be insane, as he yelled for his wife to get the apple basket. By the time they had checked him into his room the nurses were exhausted from the fight he was putting up.

“Sir you have to calm down we are doing everything we can for you” they would try to explain.

“I don’t need your help” the grumpy man would yell “I want my apple basket”. He finally slept. The nurses sighed with relief and talked among themselves whether they should call the hospital psychologist about the old man and his obsession with the apple basket. 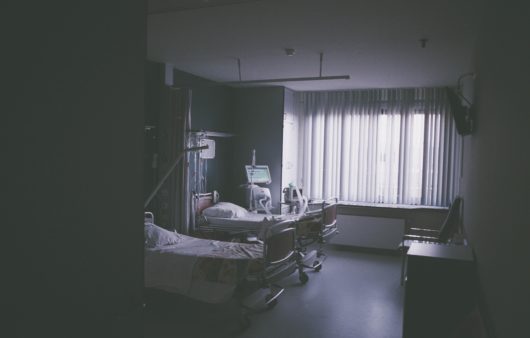 As they talked and laughed about the situation the wife came in carrying the basket of apples. They looked kind of stunned as she asked if she could see her husband and deliver his basket. Sure, they
agreed as they watched her slip past into his room.

Curiosity consumed them over the next few weeks as they tended to the elderly man. He was eaten with cancer and the doctors had given him no hope of survival. He turned out to be a very calm, happy man once he had his basket. His wife, they noticed, would come in with apples and go out with apples and the curiosity grew even more till one nurse couldn’t stand the suspense. 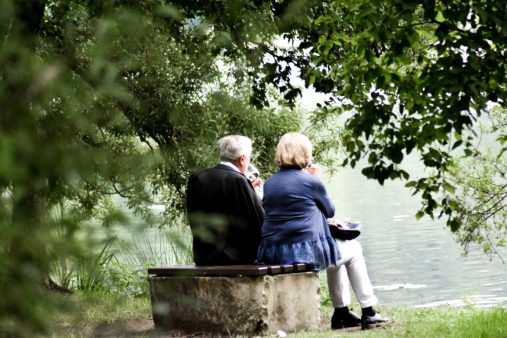 One night as he was nearing the end, the nurse sat down in a chair by the wife.” May I ask why do you have that apple basket? I just don’t
understand the significance.”

“I am an apple farmer by trade he sighed. From the time I was 20 till the day I do die I will forever have my apples.” The nurse nodded thinking she understood. He just likes his work, she thought, assured now he was a little bit crazy.

As she started to leave, the old man asked her to sit down. “At age 20 I was saved, I accepted the Lord as my Savior.” Oh no, the nurse thought. Here comes the lecture on religion. The old man continued.

“The day I accepted the Lord as my Savior I got this basket, and each time I had a problem or concern that I could not handle, I put an apple in the basket un-shined.”

“Why?” the nurse said shaking her head. 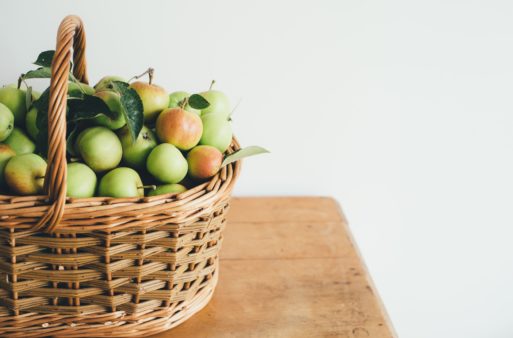 “Because it reminded me to give those problems to the Lord for him to shine. See my basket now, he stated. As my problems disappear so do the apples. As I get new problems, ones I cannot handle alone, I put an apple in.”

The humble nurse looked into the basket…only one apple was there.

With that, he took a big breath and grabbed his wife by the hand and faded into eternal sleep. The wife paused for a moment and got up from her place to take from the basket the last remaining apple. She whispered in his ear that his reward awaits him in heaven.

The nurse stayed still and asked with tears in her eyes, “what do you think his riches will be?”

The wife knew what they were, eternal life with Jesus Christ. But she could see the concern and sadness upon the young nurses’ face and handed her the apple and said “the biggest apple pie you can imagine!”

That was the day the young nurse was saved, and from that day on she always had a basket by her bed.