Hilarious: Housecat Meets New Kitten Member of the Family, and Is Not a Fan!

Our pets are parts of our families, and they really do bond with us as studies have demonstrated. But that doesn’t mean they can’t be just a bit…petty.

Meet Ganmo. Like most cats, Ganmo is the solitary sort. He wanders about the house in full control (or at least he thinks so) of his domain and his people. He’s cute and a bit stern. But then there’s this new thing in his house, a picnic basket plopped in the middle of the living room. Like any curious feline, he has to investigate and what he finds… 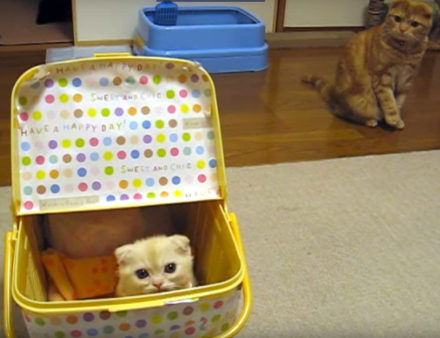 Watching the look on his face slowly unwind from curiosity to recognition to surprise and then to disapproval – almost a panicked Am I being replace!? – is the cutest thing you will see today.