When a Wall Collapsed at This Factory, it Revealed a 120-Year-Old Time Capsule!

During demolition at the Brashear Telescope Factory in Pittsburgh last year, an accidental wall-collapse revealed quite the surprise: a time capsule left by steel-worker and astronomer John Brashear. Buried for more than 120 years, the time capsule contained some priceless artifacts from the man who’s known as one of the founding fathers of American Astronomy. 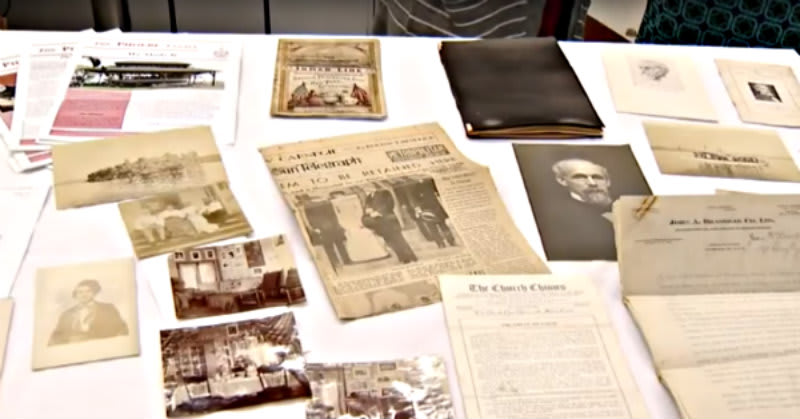 Dating back to 1894, the bronze and lead box contained some items that really give us a good insight into Brashear’s life (and life in Pittsburgh) all those years ago. Photographs, tintypes, telescope glass, and letters are among the items that Brashear left behind. And while they might not carry much monetary value, their historical significance is through the roof!

“This changed the world,” Mayor Bill Peduto told reporters. “It’s where astrophysics were created…it’s where the equipment that proved Einstein’s Theory of Relativity was developed.” Get a closer look at the time capsule and its contents in the following clip from CBS Pittsburgh.