His Family Put Him on the Street; One Woman Called Him Hope and Offered a Future

Anja Lovén has seen a lot of heartbreak over the years. As the founder of African Children’s Aid Education and Development Foundation (ACAEDF), the Danish aid worker is more familiar with global poverty and folk religion than almost anyone else in the western world. From starving children to entire villages ravaged by disease to families unable to send their kids to school, life in Sub-Saharan Africa can be pretty bleak. But the story of Hope is one that has to be seen to be believed, and the type of heartbreak that needs to be shared.

Anja found a toddler wandering alone, starving and riddled with disease, on the streets of Uyo, a city in southeast Nigeria. He had been cast out by his family accused of witchcraft, a scenario all-too-common in the region as reported by CNN. Offering the abandoned child food, water, and medical care, Anja brought him to Lagos, where her organization protects children accused of witchcraft. Since this video, she has updated her Facebook with the following report: 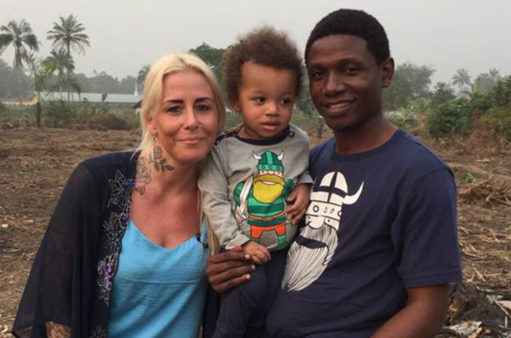 Hope is getting so much better. Already gaining a lot of weight and looking so much more healthy. Now we only need him to talk. But that will come naturally when he is out of the hospital and starting his life among all our children. Children become stronger together.

She named him Hope, and loving our smallest neighbors like this is just what we’re called to do. I see Hope here; do you? Check out his story in the video below!