A little encouragement goes a long way, especially when it comes from such an unique place. Asia Ford has overcome a lot to get where she is today and nothing can stop her from achieving her goals! Especially now that her inspiring story of the Rodes City Run and a helping hand has gone viral!

Last year, Ford weighed over 470 pounds. Her children were constantly worrying for her health. After she saw her former husband lose a limb to diabetes, she knew she needed to make a change. Which is when when she joined a bootcamp and lost 25 pounds through hard work and the support of her friends. As she continued on her path towards healthy living, she signed up for the Rodes City Run, a 10K that goes through the city of Louisville, KY. Which is where something amazing happened… 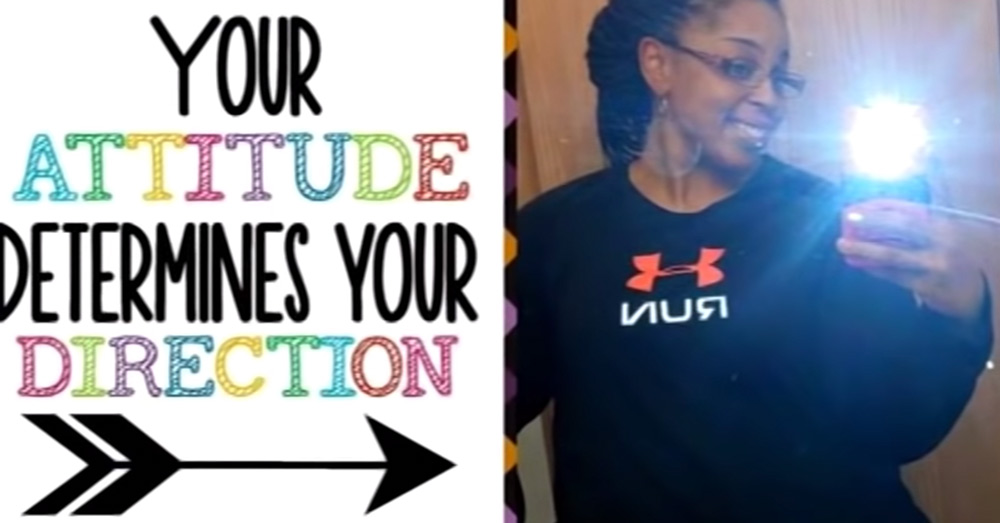 About 4 miles into the 6.2 mile race, Ford hit a wall. She didn’t feel well physically but before she could even doubt herself, a car pulled up beside her. In the car was Lt. Aubrey Gregory with the Louisville Metro Police who got out and offered Ford a helping hand. Ford says, “he asked me if I wanted to stop and I said, ‘No. We have two more miles to go.'” The two of them, later joined by her son, finished the race together, hand in hand. Shortly before reaching the finish line, Lt. Gregory let go of Ford so that she could finish the race on her own. 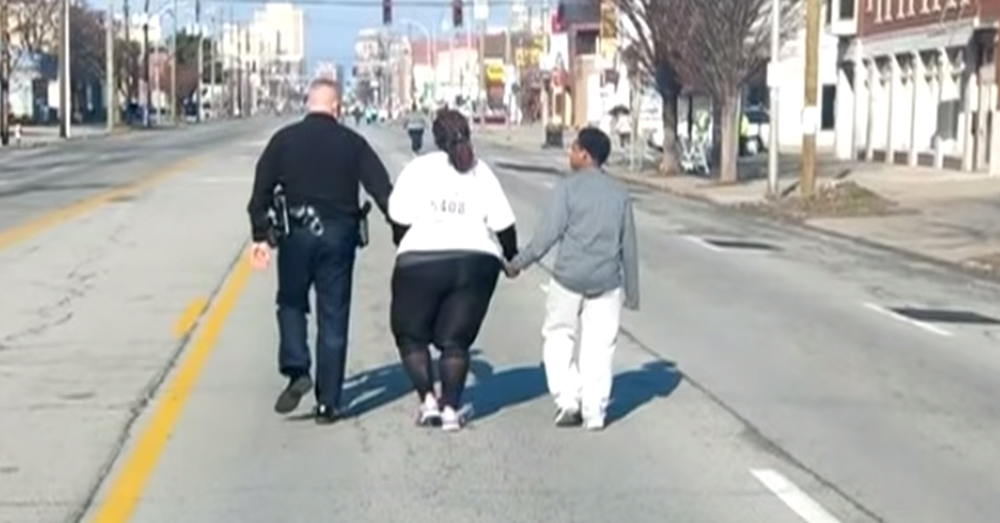 Source: YouTube/USA TODAY
She was joined by a police officer on her path to the finish line. 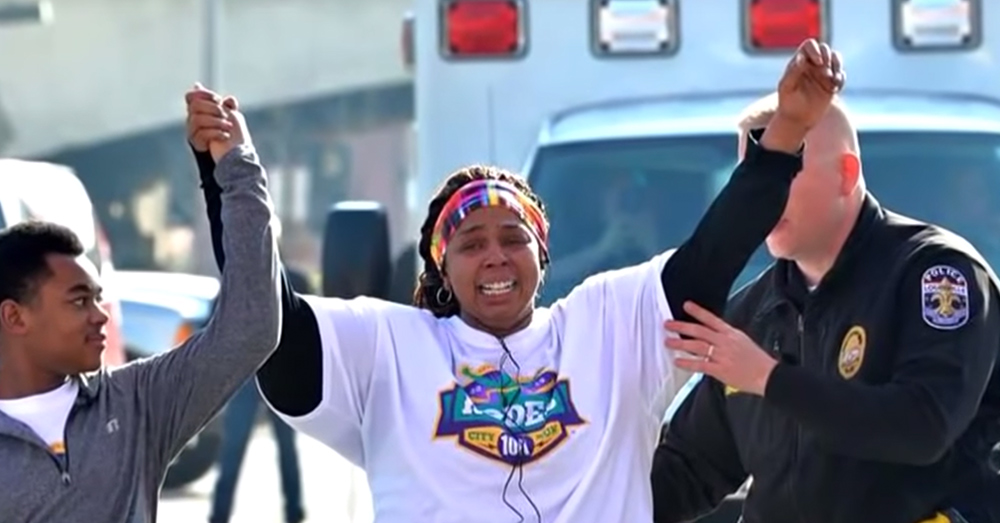 Source: YouTube/USA TODAY
Ford made it to the finish!

“When I watched her approach and I started to hear the people scream… there aren’t words… to the way I felt,” Gregory said.