Not many people get the honor of riding grand marshal-style down Main Street, but for one lucky birthday girl in Oklahoma, it became a lifelong dream come true.

Myda Lewis, who lives at the Westhaven Nursing and Rehabilitation Center in Stillwater, comes from an extremely long-lived family. In the lead-up to her 107th birthday on June 21, one of her caregivers asked if there was anything special she’d always wanted to do. 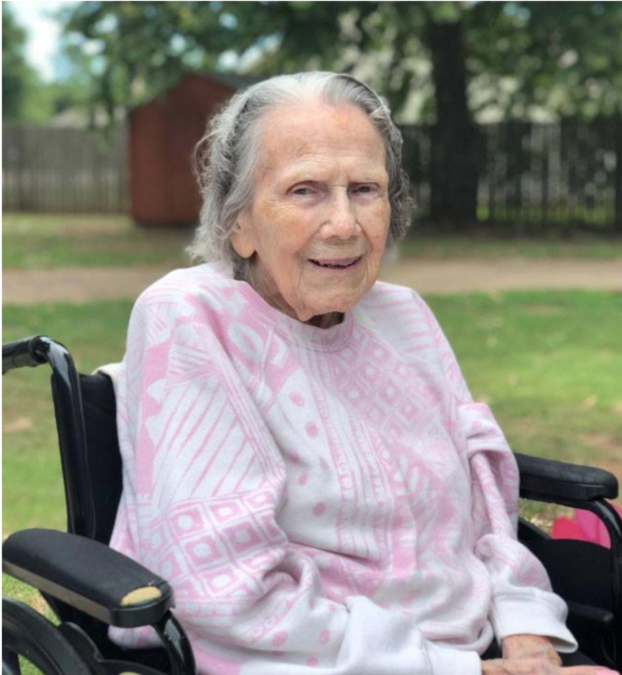 As a matter of fact, there was: She’d lived in Stillwater since 1919, and in all those years, she’d always dreamed of riding in a convertible in a parade.


Up until then, no parades were on tap in this small-town community just west of Tulsa, but they found a convertible and decided to drive her around in style. But residents found out and suddenly had something to celebrate. They decided to host a parade in Myda’s honor! 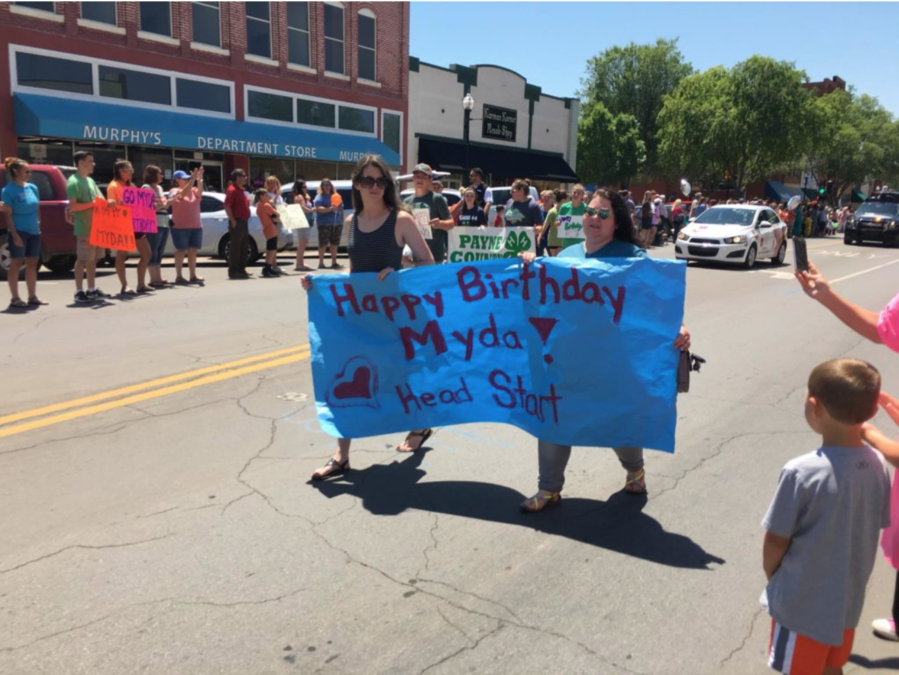 As word began to spread, someone set up a Facebook group for the event, and local news organizations got on board. Just look at the turnout! 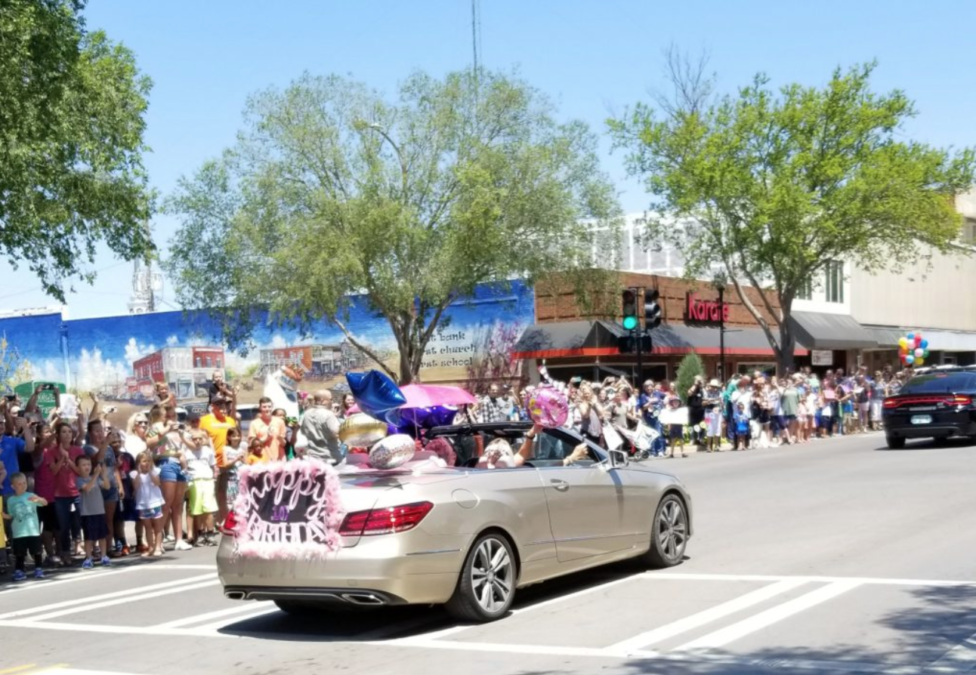 By the time her dusty gold Mercedes started inching its way down Main Street, thousands were lined up along the five-block stretch, waving banners and signs, decked out in party hats and throwing out confetti in one of the biggest birthday bashes this community’s ever seen. 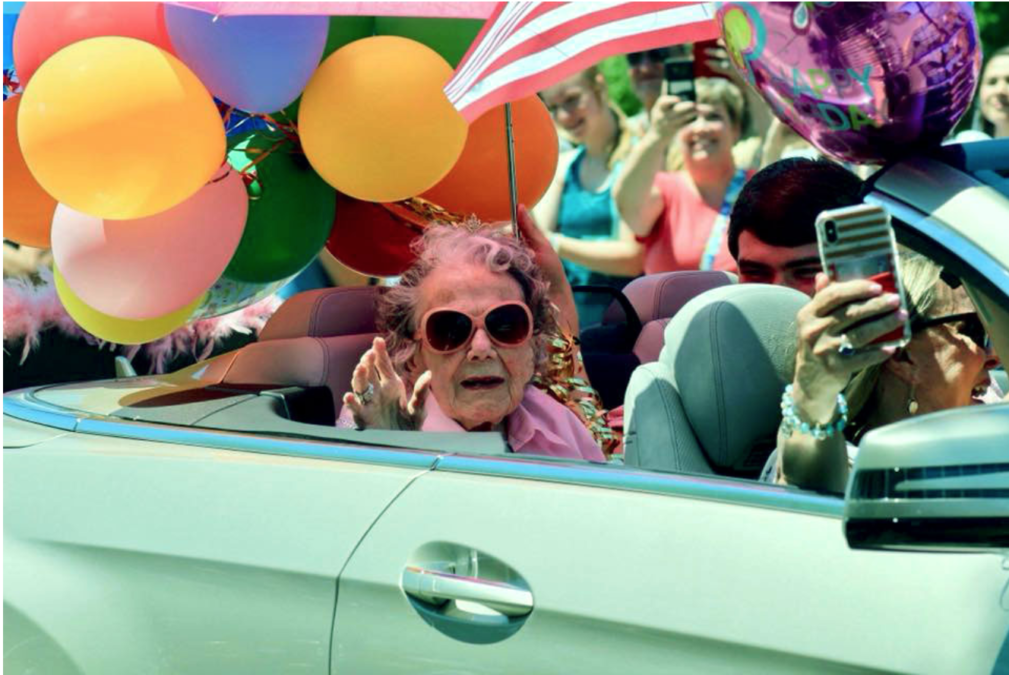 Toni Ivey gathered with other community members to make signs, then set up camp with her three children ahead of the parade, the celebratory mood all but palpable. 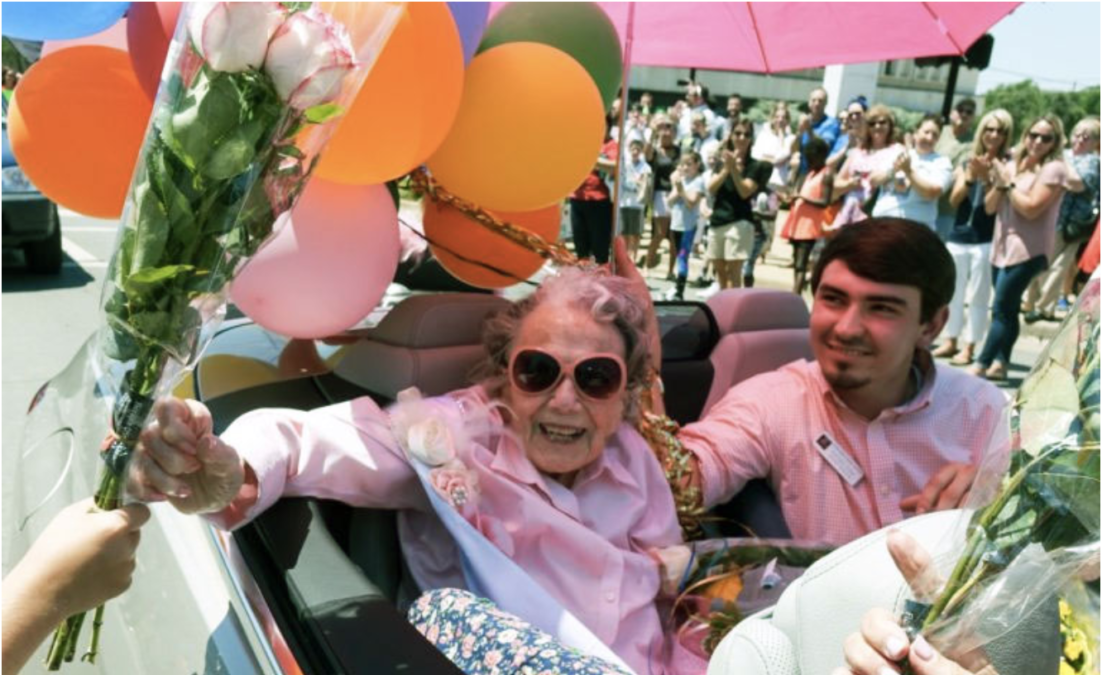 “We’re out today because what a fun thing to celebrate! I mean, who gets to turn 107?” she exclaimed.

And if she wants to have a parade by golly, we’re going to give her a parade! And we need this positivity in the world right now. Everybody’s smiling today, I don’t see one grumpy face… The whole town has come together. 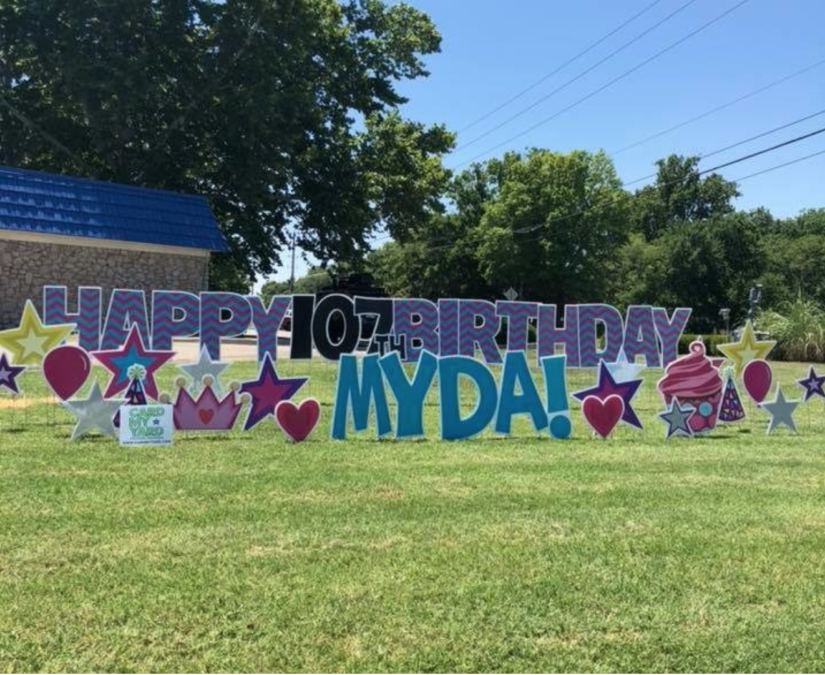 Along the route, a big, pink umbrella provided shade from the hot summer sun, and well-wishers ran up to present Myda with balloons, cards, and flowers.

Myda herself went all out for her big day, riding in a pale pink outfit and a white sash with “107” written out in rhinestones, her head topped by a tiara. 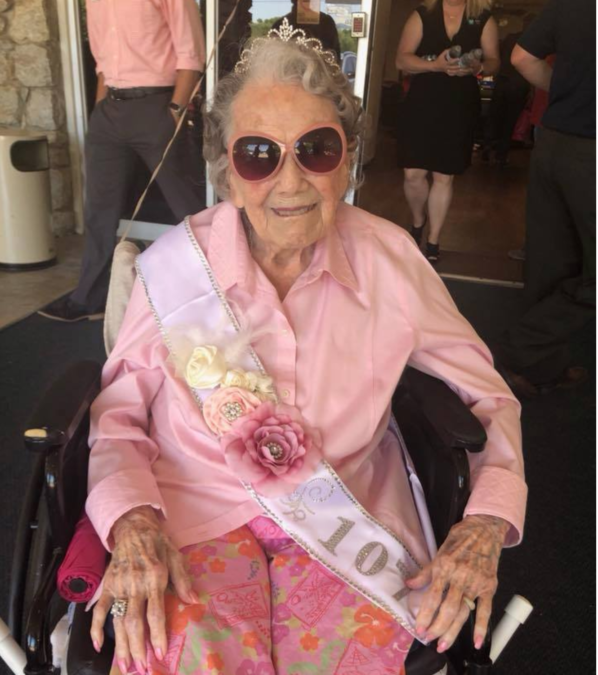 It was a fitting celebration for a woman who’s lived such a long life. If you wondered about her secret, she largely credits a healthy and active lifestyle starting when she was a youth. But she confesses that living to see her 107th birthday wasn’t the real motivation… “I always wanted to have a cute figure,” she joked.

Congratulations on another milestone birthday, Miss Myda, and here’s wishing you many more! Share to spread congratulations, and to thank her community for showing this sweet lady so much love on her big day.