When Christ’s Strength Shines Through Us In Trials, We Give Hope To Others

Though an army encamp against me, my heart shall not fear; though war arise against me, yet I will be confident. One thing have I asked of the Lord, that will I seek after: that I may dwell in the house of the Lord all the days of my life, to gaze upon the beauty of the Lord and to inquire in his temple. For he will hide me in his shelter in the day of trouble; he will conceal me under the cover of his tent; he will lift me high upon a rock. -Psalm 27:3-5

There’s a common myth that somewhere in the Bible it says something along the lines of “God will never burden you more than you can bear.”  It actually doesn’t say that anywhere.  How reassuring it would be if that quote did exist…

What is reassuring is that with the love and strength of Jesus Christ we are able endure so much.  We know that the trials of life are all part of God’s plan.  One day we will be united with our Father in Heaven and these tests will seem trifling.  For everyone that is going through a tough spell right now, keep courage and keep Jesus in your heart.  Read this wonderful story of a young girl who was tested so mightily at such a young age.  Her courage kept her strong.

She could not put pressure on the heels of her feet, so she walked on tiptoe, and when the pain became unbearable, I carried her. Jenny was fortunate, though, because she did not suffer the deformities, often associated with JRA.

All through grade school, and on into high school, Jenny suffered, yet never complained. She took her medicine, and I would often wrap her feet in steaming towels, and hold her until the pain eased. But, as soon as she could withstand the pain, Jenny, immediately, carried on, as though she were pain free. 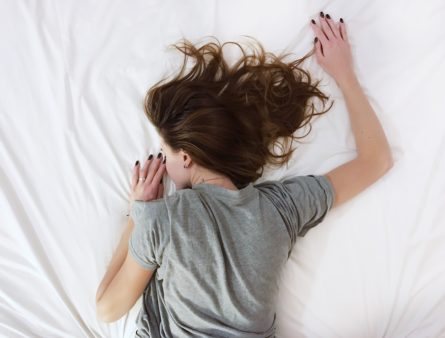 Jenny, a beautiful blonde, with warm brown eyes, was never a cheerleader. She never competed in a sport. She could not even take part in a Gym Class, though she took the same health class four years in a row, just so she could pass with a substitute credit each year. She joined the band. She won a place in the Governor’s School for the Arts; yet, no one in the Charleston, South Carolina School System knew what to do with Jenny. The perimeters were, simply, not in place to deal with a student, who was both active and handicapped.

Jenny continued to have one surgery after another on her ears, all through school. Her hearing improved to 60%, and she taught herself to read lips. She carried a pillow to school, all through high school, and once, when she suddenly experienced crippling pain, her friends scooped her up, and carried her from class to class. 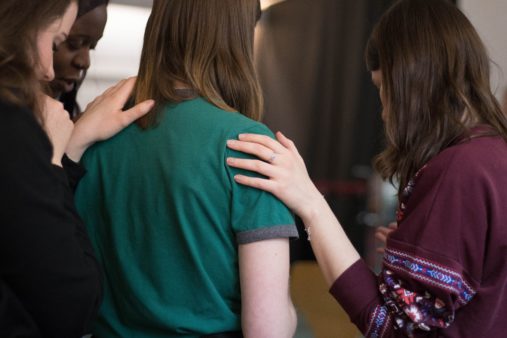 She was totally mainstreamed, popular, and funny, attending every football game, cheering the team on, carrying her pillow everywhere she went, so that she could cushion the pain, when she sat down. Then came her senior year. She would be considered for scholarships; however school activities, especially sports, could often mean the difference between receiving an award or losing out.

So Jenny came to a decision; and in her quirky, unorthodox manner, she began to bombard the high school football coach. She begged. She pleaded. She promised. She got her best friend to sign up with her. Finally the coach gave in, with the admonition, “If you miss ONE game, you’re out!” So, Jenny became Manager of the Garrett High School Football Team.

She carried big buckets of water to her teammates. She bandaged knees and ankles before every game. She massaged necks and backs. She gave pep talks. She was continually at their beck and call, and it turned out to be one of the best years for Garrett High School Football Team, in its twenty-five year history. Often Jenny could be seen carrying a bucket of water in each hand, nearly dragging them, along with her pillow tucked under her arm. 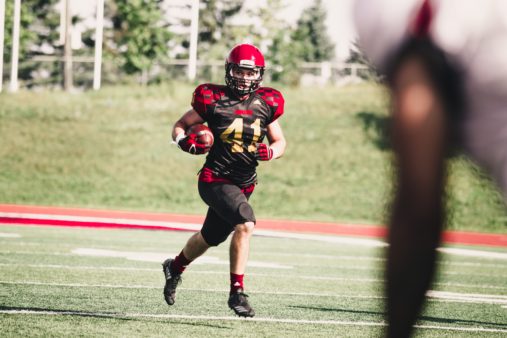 When asked why he thought that the team was winning all their games, even in the face of injury, one linebacker explained, in his soft, Charleston drawl, “Well, when you’ve been knocked down, and you can’t seem to move, you look up and see Jenny Lewis, limping across the field, dragging her buckets and carrying her pillow. It makes anything the rest of us may suffer seem pretty insignificant.”

At the Senior Awards ceremony, Jenny received a number of scholarships to College of Charleston. Her favorite scholarship, however, was a small one from the Charleston Women’s Club. The President of the Women’s Club listed Jenny’s accomplishments, starting with her grades, and ending with an excited, “…and the first girl to letter in football, in Garrett High School history!!”