After visitors had put a bison calf in the back of their SUV because they thought it was cold, Yellowstone National Park officials ticketed the individuals and took the calf into custody last week. That same calf was euthanized just days later, park officials reported, because it would not reassimilate into the local herd. 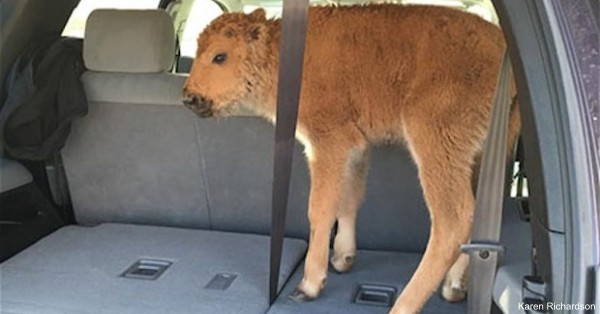 This photo of the bison calf was taken by park visitor Karen Richardson.

A release from Yellowstone said the rangers “tried repeatedly” to reunite the calf with its herd, but after numerous failed attempts, the calf was killed. The park is asking visitors to respect the wildlife by following safety regulations, and warns that this recent “misplaced concern” for a wild animal’s welfare has directly contributed to its death.

“In terms of human safety, [detaining the calf] was a dangerous activity because adult animals are very protective of their young and will act aggressively to defend them,” the National Park Service reported. “In addition, interference by people can cause mothers to reject their offspring. In this case, park rangers tried repeatedly to reunite the newborn bison calf with the herd. These efforts failed. The bison calf was later euthanized because it was abandoned and causing a dangerous situation by continually approaching people and cars along the roadway.”

All visitors to Yellowstone Park are asked not to approach wildlife, no matter how tame or calm they appear, in signage and literature. Visitors must stay at least 100 yards (91 m) away from bears and wolves and at least 25 yards (23 m) away from all other large animals – bison, elk, bighorn sheep, deer, moose, and coyotes. And, of course, all are asked not to feed any animals, as it harms them and it is illegal. 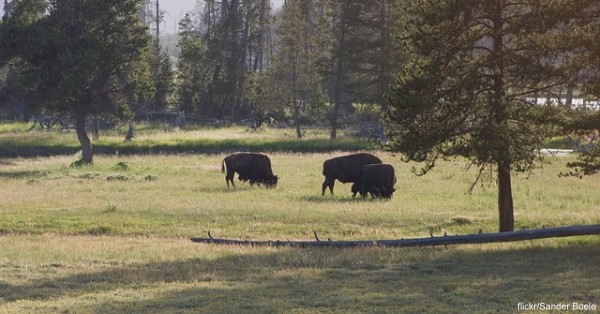 According to the National Park Service, Yellowstone bison comprise the nation’s largest bison population on public land and are among the few bison herds that have not been hybridized through interbreeding with cattle.

According to the National Park Service guide, bison can sprint three times faster than humans can run, and are unpredictable and dangerous. Visitors to Yellowstone are warned to stay inside hard-sided vehicles, as every year people are gored, and sometimes killed, by bison.

Elsewhere in the park, other species are in danger, too. The U.S. Fish and Wildlife Service (USFWS) is accepting public comments on a proposed rule to remove Endangered Species Act (ESA) protections from grizzly bears who live in the Greater Yellowstone Ecosystem. Sign our petition to tell the USFWS you want grizzlies to stay protected under the Endangered Species Act.

Matthew Russell is a West Michigan native and world traveler with a background in journalism, graphic design, and French pastry. He likes to learn new things whenever possible, and enjoys bicycling, going to the dog park, folk music and coffee.
Whizzco for FHB