See how these elephants inexplicably sensed the loss of their friend and came to pay their respects. 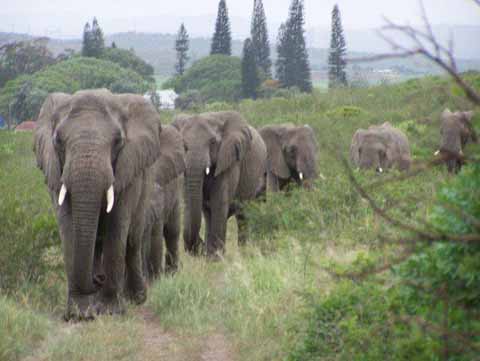 The world recently lost a great voice in the area of conservationism. Lawrence Anthony dedicated his life to saving wild African elephants and rhinos. From his headquarters in the Thula Thula game reserve in South Africa, Anthony rescued and rehabilitated wild elephants that were often violent and at risk to be killed. Anthony risked his life repeatedly, putting himself in harm’s way to ensure these majestic animals had a chance to survive. His ability to tame formerly violent and rogue elephants and his close bond with the animals gained him the nickname The Elephant Whisperer.

When the legendary conservationist died last March, the elephants he dedicated his life to did something that no one could have predicted or explain. Two separate herds of wild elephants in the Thula Thula reserve gathered at Anthony’s home, just days after he passed away. The herds, neither of which had been to his house for over a year and a half, walked for over twelve hours to reach their destination. Like a sad funeral procession, these amazing animals walked for miles to pay their respects to a friend. Once they reached Anthony’s home, they stayed and mourned for two days before returning to the bush.

“If there ever were a time, when we can truly sense the wondrous ‘interconnectedness of all beings,’ it is when we reflect on the elephants of Thula Thula. A man’s heart’s stops, and hundreds of elephants’ hearts are grieving. This man’s oh-so-abundantly loving heart offered healing to these elephants, and now, they came to pay loving homage to their friend.”