We all probably have stories about neighbors with questionable tastes, but these people take things to a whole new level of ridiculousness. From migraine-inducing color schemes to additions that NO ONE needs or should want, get ready for some wacky homes that just might make you thankful for your neighbors! 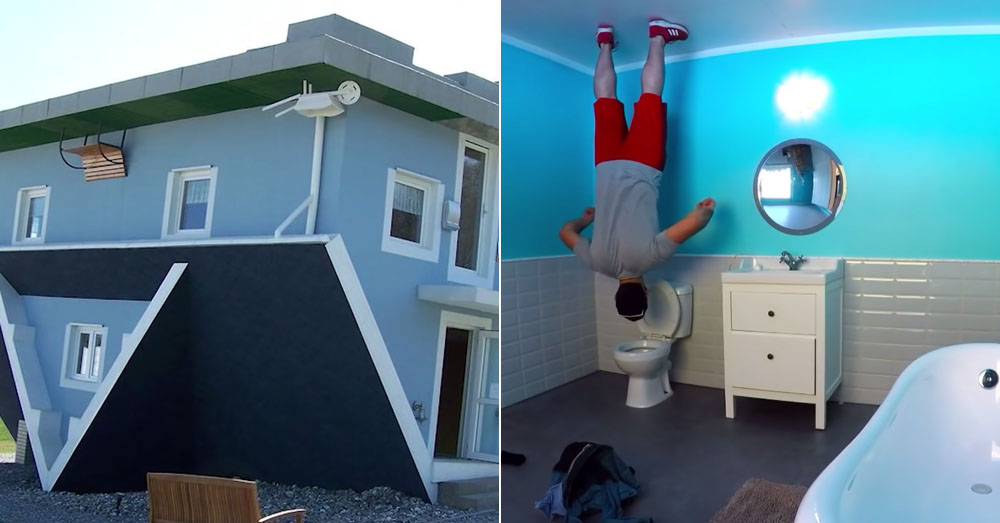 Yes, this house is literally built upside down – even on the inside! Located in the town of Trassenheide, Germany, this house is the work of two Polish architects. Amazingly, not only is the outside of the house inverted but the inside is as well – including the food on the table and dirty laundry in the bedroom. Unsurprisingly, no one currently lives in this house. The town opened it up as a tourist attraction a few years ago. 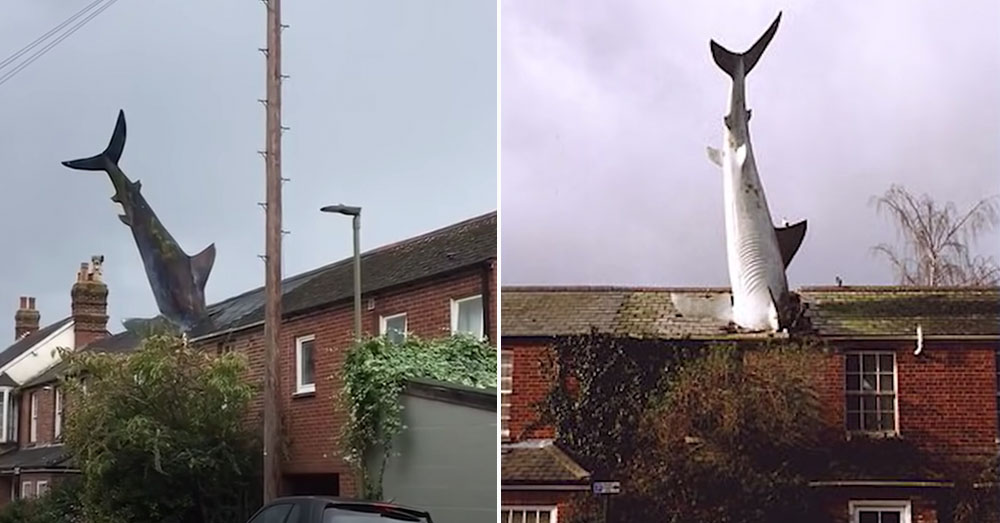 This eye-catching home addition can be found in Oxford, England. It looks like an actual shark-nado tore through the town and deposited a shark onto an unsuspecting home. In reality, this is an art installation commissioned in 1986 by the homeowner, who was a radio DJ. The shark comes in at a whopping 25 feet long and weighs 440 pounds! The neighboring homeowners tried to get the shark removed, but people in the local community fought for the shark to remain in place. Now, this home is quite the attraction – one you can’t find anywhere else! 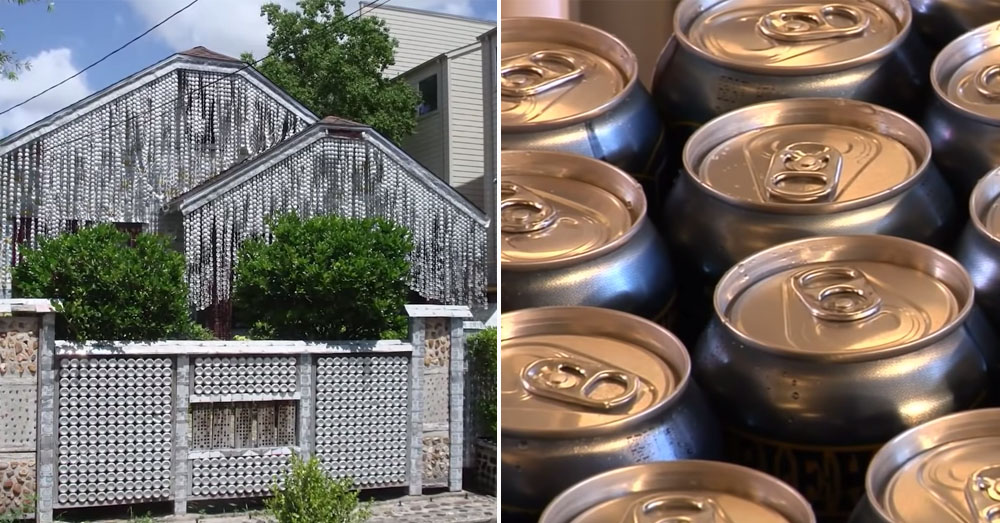 One day in 1968, John Milkovich from Houston, Texas, got bored while mowing his lawn. Instead of finishing the job or finding a normal activity to take up his time, John started setting marbles, brass figures, and pieces of metal into concrete. He covered benches, chairs, and his patio before deciding the house needed a makeover as well. His chosen media? Beer cans, pop tabs, bottles, bottle caps, and any other beer paraphernalia. It’s estimated the house is covered in nearly 50,000 cans! 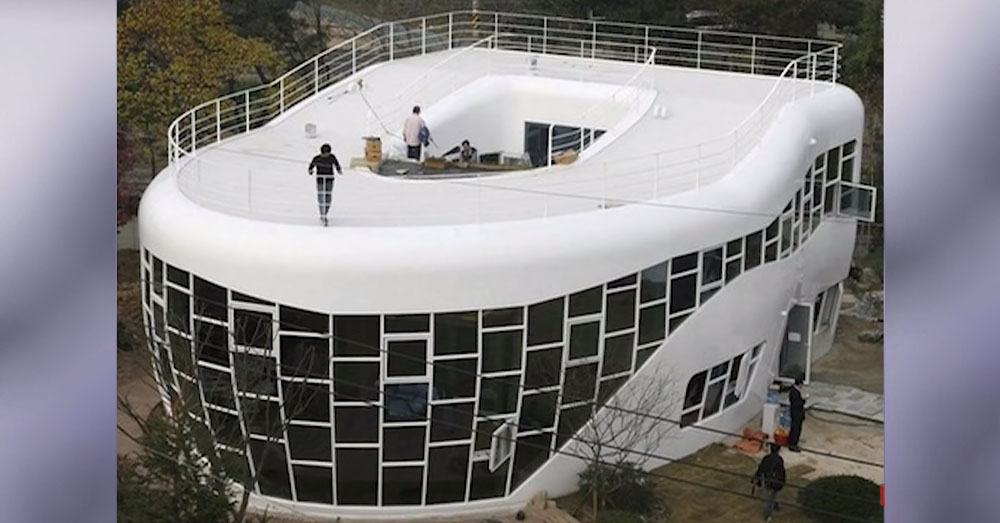 In Suwan, South Korea, there exists a home that looks like a toilet. You might think this is an unfortunate oversight by the designers, but in fact, the man who commissioned the house was a bit obsessed with toilets and lavatories. Sim Jae-duck was once the mayor of the town, where he earned himself the nickname, Mr. Toilet, after an initiative to clean and maintain every single public restroom in the city. He even claimed to have been born in a public restroom. His place in toilet-loving history was solidified in 2007, when he had his home torn down and rebuilt into the Mr. Toilet House. 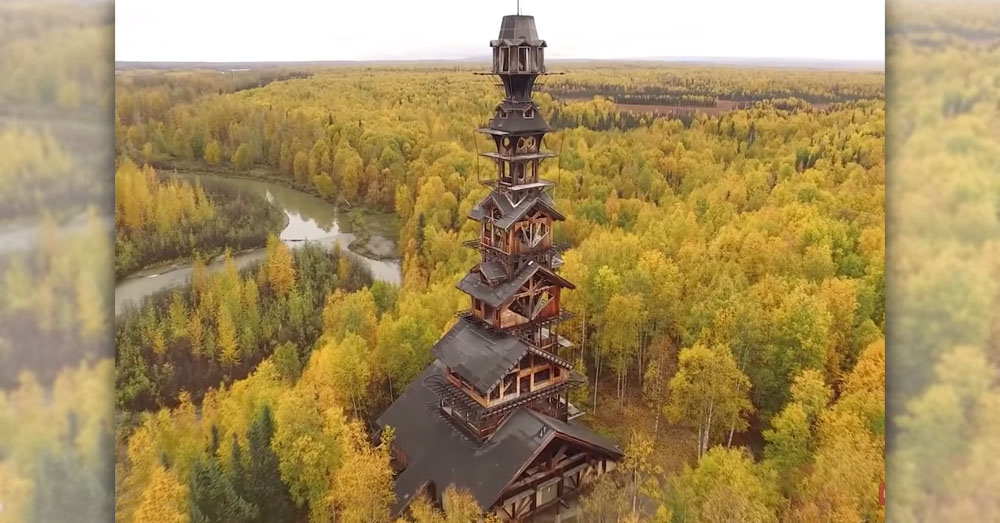 Located in Talkeetna, Alaska, this cobbled-together home looks more like something straight out of a Dr. Seuss book! This 186-foot tower was designed and built by its owner, Philip Weigner. He originally planned on building a two-story cabin, but then he decided to add on another story… and another, and another, until his cabin was 17 stories tall! On a clear day, you can see up to 300 miles from the top floor. Amazingly, Philip still lives in his cabin – and he’s not done building yet!

See the rest of the wackiest houses from around the world in the video below!