When God calls on us to do something we shouldn’t have any expectations that He explain Himself. Our calling may seem absurd, our work seem pointless or without merit. But God’s plan is greater than ours. Serve Him humbly, with no expectations that you will be rewarded in this life for your toils, for your reward will come…

One night at a small church in Atlanta, Georgia, a man shared how he had
become a Christian while in Sydney, Australia. “I was at the street corner
in Kings Cross,” the man began, “when I felt a tug on my sleeve. Turning,
I found myself face to face with a street bum. Before I could say
anything, the man simply asked me, “Mister, if you were to die tonight,
where would you spend eternity?’ That question troubled me over the next
three weeks,” the man continued. “I had to find an answer, and I ended up
giving my life to Christ.” 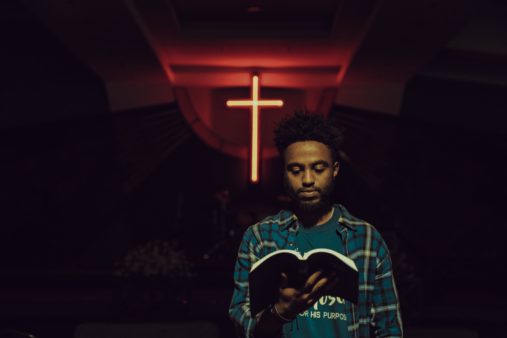 The pastor of the Atlanta church was amazed that a man on a street corner
could have such an impact. But imagine his amazement when, three years
later, another man came to his church and gave an almost identical
testimony. He, too, had been at Kings Cross in Sydney when a derelict had
pulled on his sleeve and then asked him, “If you were to die tonight,
where would you spend eternity?”

This second man, also haunted by the street bum’s question, eventually
sought and found an answer in Jesus. 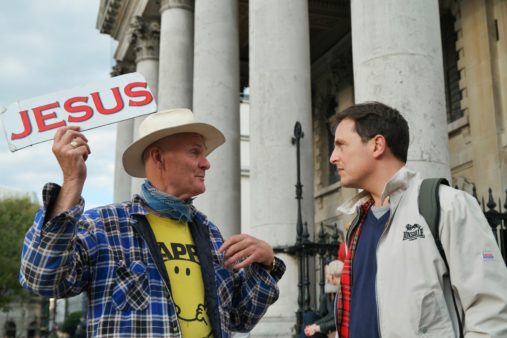 Shortly after hearing the second testimony, the pastor of that small
church in Atlanta had to be in Sydney for a missions conference. On one of
his nights off, he went to Kings Cross to see if he could find the man who
had been mentioned at his church by two different people. Pausing on a
street corner to look for someone like the street bum he’d heard about, he
felt a tug at his jacket. He turned, and before the poor old man could say
anything, the pastor blurted out, “I know what you’re going to ask me!
You’re going to ask me if I were to die tonight, where would I spend
eternity?”

The man was stunned. “How did you know that?” he inquired. The pastor told
him the whole story. When he finished, the man started to cry. “Mister,”
he said, “10 years ago I gave my life to Jesus, and I wanted to do
something for Him. But a man like me can’t do much of anything. So I
decided I would just hang out on this corner and ask people that simple
question. I’ve been doing that for years, mister, but tonight is the first
time Ever that I knew it did anybody any good.” 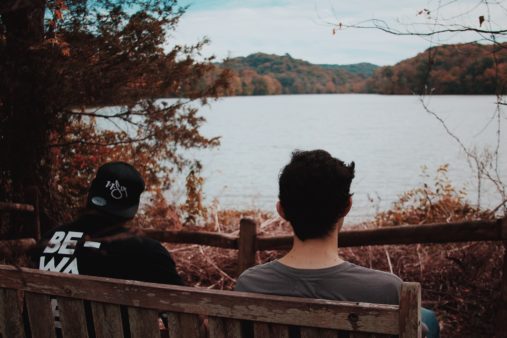 God calls us not to be successful, but to be faithful. We need to obey God
even though we can’t see whether it does any good. When you share Christ
with someone, for instance, or when you help a person in need, you aren’t
responsible for the outcome. It’s God’s job to form us into what we can
be in Christ.

On the other side of things, be careful not to judge others for what they
are doing in the Kingdom of God, even when it seems foolish or
unproductive. God uses all kinds of ministry in many different ways in
order to fulfill his purposes. Just because you don’t get the point of a
particular ministry doesn’t mean it’s wrong or worthless.