After meeting a man outside of a church one day, we set up regular times to study the Bible together. He seemed like he needed a friend. He always sat alone outside before the service smoking, and sat by himself in the church. His clothes were clean, but he had a certain look to him that might have scared a few off. His beard almost reached his belt buckle and his hair was swept back in a long ponytail. In addition, he stands at least six and half feet tall.

Turns out Steve has been homeless a lot of his life but he now has a room to rent. That is the good news. The bad news is it is in the country and his bike broke down. It has now been several months since his bike broke. I took it to a friend who repairs bikes. She said it would cost more to replace the parts than buy a new bike. Neither Steve nor I have the funds to get him a new bike.

I heard about a local group who gave away bikes but when I called they said they were. But a couple of days ago something strange happened. I was driving back into the area where Steve lives after several weeks of being gone. I saw a picture in my mind of Steve. I was driving Steve to a major retailer and buying him a bike. I even watched him ride off on his new bike as I stood in front of the store. Quite a site. It made me feel happy but it was only in my mind’s eye. There was no way it could actually happen because last time I looked I only had 112.00 dollars in my bank account to last three weeks. That was some fantasy. all out of bikes. I looked at garage sales but could never find a 26 inch bike. Four people have told me they would help get Steve a bike. I waited. Nothing. Finally, I quit thinking about the bike. For several weeks I couldn’t meet with Steve. The bike became a distant memory.

When I got back home that day, there was an envelope sitting on my bed. It had been dropped off and given to the people I live with. I opened the envelope to a cascade of one hundred dollar bills! The first thing I thought of, after the shock of such a gift, was Steve and that bike.

I called him up and told him I was coming by. When I got to his house, he asked me where we were going and I said, “Evidently to buy you a bike.” “What?”

I told him the story about my little vision of buying him a bike at a local store, and how impossible that was because I had no money to back up what I saw – until I arrived home. He was amazed at the story and looked at me and said, “It must be God.” “You think?”

As we left the store today with his brand new bike, I stood at the front and watched him navigate the parking lot traffic on his way home. Steve was riding his new bike and I was watching him ride off, just like I had envisioned. I felt amazed, shocked, and as grateful as Steve. All I could do was look up and say, “Thank you.” 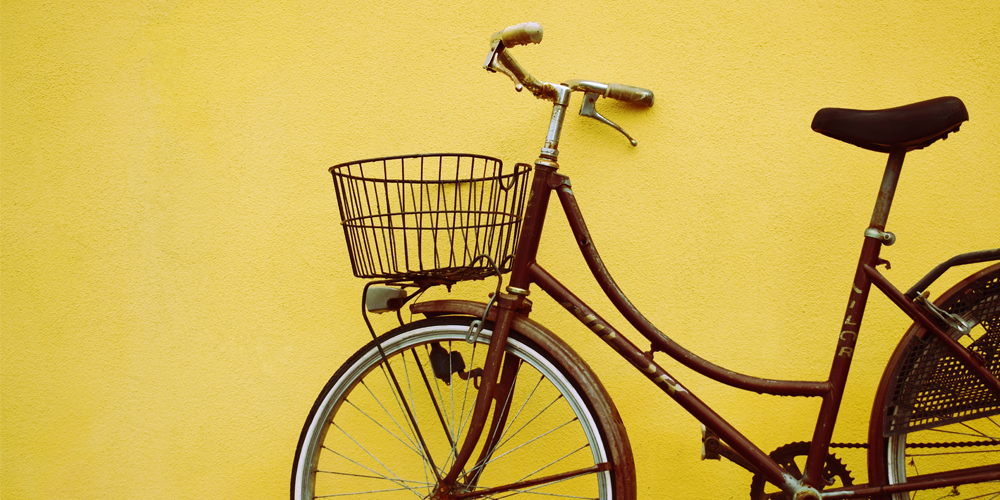