One Boy Stands Up In Front Of His School To Receive An Award… What Happens Next Is Awesome!

An eighth grade student from New York named Josh got the best surprise of his life during an awards ceremony at his school. He thought he was receiving an award for “service to your country,” just one of many awards being given out to classmates that day. His mom was with him at the school and even joined him on stage to see her son accept the award.

Josh’s dad wasn’t on stage with him, because being a Lieutenant in the United States Army he had been sent to Afghanistan for a six month deployment. What Josh didn’t know, however, was that his dad had actually come home three weeks earlier than he said he was going to. In fact, Josh’s father was waiting in the hallway of the school just outside the room where the awards were being handed out. 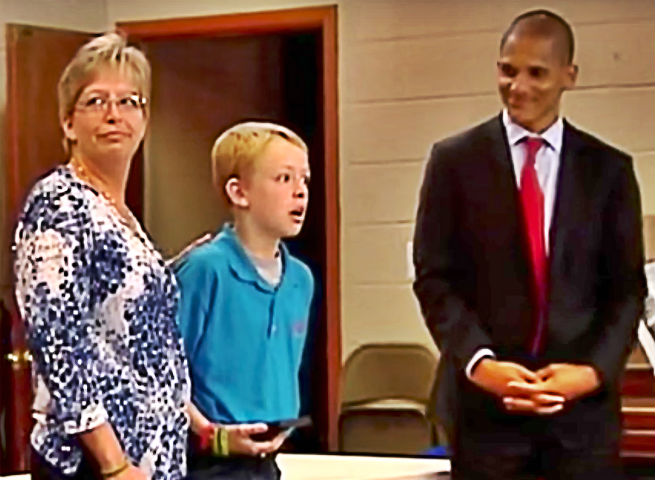 As Josh and his mom stand up in front of the school, his teacher starts making the announcement for the “service to your country” award and says it’s “for another type of service.” He then asks everyone to welcome a special guest. That’s when Josh realizes he is getting far more than he expected that day. The look on his face and his immediate reaction are priceless!

Watch what happens below!