Mary Magdalene And Other Spiritual Heroes

There are many spiritual heroes in the scriptures. They show us what we are capable of being, if we have faith and make that faith a part of our daily lives. They show us that in doing so, we may suffer, but that that suffering can be meaningful and even have life-giving purpose. As I read the scriptures over Holy Week, and now in the week after Easter, I find myself gaining an entirely new insight, a very personal insight, into the importance of one of these persons. Mary Magdalene. Her role in the life and ministry of Christ and in the immediate period after his resurrection, has taken on new meaning and importance for me. She is truly a role model, par excellence, for the Christian life. What I discovered was that in her I could see myself.

I can understand her because I, too, am a sinner. I know how much I am in need of Jesus’ healing all the time. I understand how she would become one of his most loyal followers, because I, too, have felt the joy of his forgiveness. Who else, but a great sinner, could have been so profoundly moved and changed by the healing power of Christ? Though there is much dispute about whether she was the ʺMaryʺ who was identified as the sinful woman in Luke 7: 36-50, who washed Jesus’ feet with her tears and wiped them with her hair, it seems feasible, given what else we know about her. This Mary, knowing her sinfulness, wept so profoundly that she could wash Jesus’ feet with them. She wept so, because she knew herself as a great sinner in need of healing, the healing that only forgiveness can give. And she knew in her heart and soul that Jesus had the power to do this. At the end of that passage Jesus says to her, ʺYour sins are forgiven you.ʺ Can you imagine her feelings at that moment? Is that not how you feel toward Jesus? Does she not do what we would wish to do for him, if we could be in his presence? Well, we can. If we approach Jesus in the same manner that Mary does in this passage. What else would be more appropriate in his presence? We can bring ourselves before him like this in our daily prayers. Only one who has known forgiveness of such depth could become such a loyal, commited, and courageous disciple as Mary.

Mary showed the depth of that loyalty, courage and that conviction of love standing with Jesus’ mother and the apostle, John, beneath the cross, to be present to him during his terrible suffering. Is that not where we want to stand too?

In John’s gospel we see this same Mary alone at the tomb. She has found it empty and is weeping. She bends to look into the tomb and sees two angels standing there. They ask her, ʺWoman, why are you weeping?ʺ Mary tells them, ʺThey have taken my Lord, and I don’t know where they laid him.ʺ Then she turns and see Jesus standing there, but she does not recognize him yet. She thinks he is the gardener. He asks her too, ʺWoman, why are you weeping? Whom are you looking for?ʺ She says to him, ʺSir, if you carried him away, tell me where you laid him, and I will take him.ʺ This last statement of hers would have required a good deal of courage on her part, as she still does not know who it is that she is talking to. Then Jesus does something very intimate. He speaks her name. We can imagine the tenderness with which he speaks it. He loves her. He has known her loyalty and the depth of her love for him through the wonderous and the difficult times of his public ministry. When he was on the cross he looked down in his suffering and saw her there standing beside his mother, and we can imagine that this gave him some comfort in the midst of his terrible suffering. Now, resurrected, he says to her, ʺMary.ʺ We can imagine how her heart must have lept within her like a startled dove. Would not our own hearts leap within us, like Mary’s did, to hear Jesus say our own name? He does. Every day. And she utters the word ʺRabboni,ʺ meaning teacher. In her surprise, and in her inexpressible, joyful awe, she must have fallen again before him and embraced his feet weeping for joy. He tells her then, ʺStop holding on to me, for I have not yet ascended to the Father. But go to my brothers and tell them, ‘I am going to my Father and your Father, to my God and your God.’ʺ She must have sprinted back to the others with the news and reported it all to them, breathless with joy. Wouldn’t we?

Yes, Mary Magdalene is one of my heroes. Her humanity, her humility, her loyalty and love for Jesus are the very virtues that I wish to devolop and to live out of in my life. The deep friendship that she had with Jesus is the relationship that I want to have with Jesus. And the reality is that Jesus wants that kind of relationship with us. That is a miracle worth contemplating and desiring. Mary’s love and loyalty toward Jesus, and his toward her, shows us the ultimate meaning of Easter. Is it any wonder why Christians are prone to be so joyful? 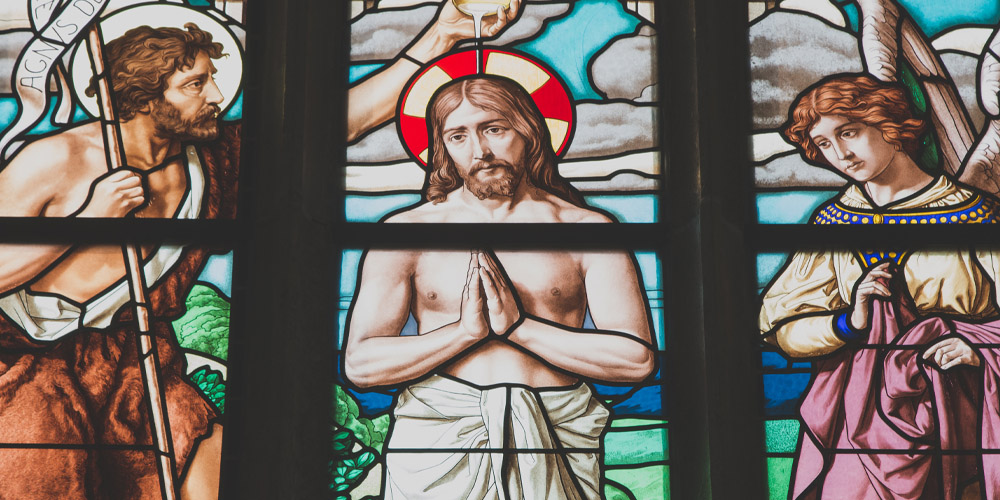