When This Thirteen-Year-Old Wanted to Run Away from Home, One Police Officer a Difference in the Most Remarkable Way.

Cameron Simmons called North Carolina’s Sumter Police Department saying he had no desire to live with at home anymore. Like many teenagers, Simmons had become emotionally frustrated with his mother. Whereas we might call it an overreaction, Officer Gaetano Acerra understood that for a thirteen-year-old frustrated at home, it’s not an overreaction; it’s normal. Responding to the scene, Acerra offered young Cameron his personal cell phone number and took him home. There he found a bedroom with no bed, no desk, no dresser – nothing, really, for the teenager to call his own. 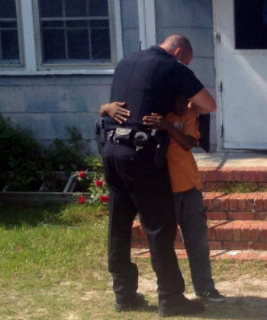 Acerra’s solution to this? Out of his own checking and savings account, to turn this house into a home. He didn’t do it for publicity or for reputation, but because it was the right thing to do. And he got the best reward out of it – a friend in young Cameron.

Check out the full story in the video below and share the encouragement!