Keep Sharing The Gospel, Even If No One Is Listening

And he said to them, “Go into all the world and proclaim the gospel to the whole creation. Mark 16:15

Some of us find it particularly difficult to follow the Great Commission.  Approaching strangers – or even loved ones – to talk about such a personal thing as our love of Jesus Christ can be very stressful.  If you too have difficulty with this important task, take inspiration from the following sermon.  Hudson Taylor was a great Protestant missionary who spent more than 50 years of his life in China during the 19th Century.  With God’s Grace he was responsible for the conversion of more than 18,000 Chinese!

The following is the conclusion of a sermon by the Rev. Maurice Roberts:

Hudson Taylor was one of the greatest missionaries who ever lived. He was a young doctor in England and he went to China where he did wonderful work for God.

I hope you all know that in China now there are millions and millions of Christians. It’s not least owing to the faithful witness of that dear, great man of God, Dr. James Hudson Taylor.

Before he went to China, he was in Hull. As a young doctor as he then was, he used to go around different homes and houses attending to the sick as all doctors do. In one of these houses, there was a very sick man who was a wicked sinner who had no time for God. Dr Hudson Taylor used to do this. He would come in and the man would be lying in his bed. Doctor Taylor would do the medical things he had to do. He did these kind things to him – putting various bandages on, washing him, attending to him and giving him medicine.

Every time when he had finished the medical side of his work, Doctor Taylor would say to this man, “Now, he said, “my dear friend, I want to just say a few words to you about Jesus Christ. That He came into the world to save sinners and He will save you if you will believe in Him.” And every time, this man would turn his face to the wall – he wouldn’t listen. He set his face as though it was made of cement: hard, hard expression against the Gospel. 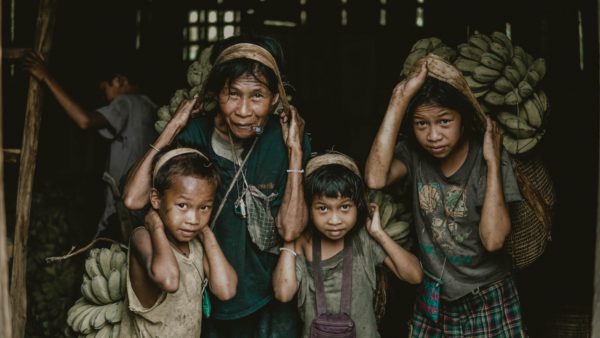 Doctor Taylor came regularly, week after week or month after month, and every time when he had done his medical work he would attend to this man and then he would say, “Now, just a little word about my Lord Jesus Christ who died for sinners.” The man would turn his face away – he wouldn’t listen.

One day when Doctor Taylor came, in his heart of hearts he said something that we all at times feel, he said to himself, “What’s the use; a waste of breath?” On this particular day he gave him the medicine, tended to his body, put his instruments into his case without a word, lifted his bag and walked towards the door. 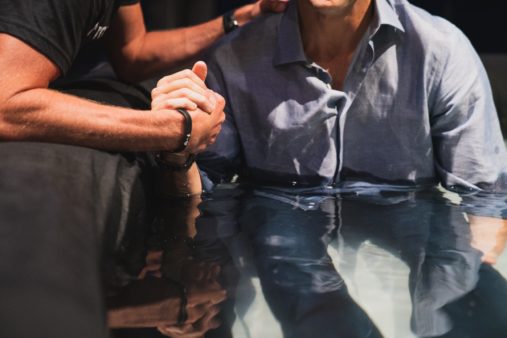 The man turned to him. He said, “Are you not going to say something to me?” He was listening!

Doctor Taylor came running back with tears in his eyes. “Man”, he said, “I must tell you, Christ came to save your soul.” He was now listening.

Never give up. You never know the moment when these words of my text might become true, and Jesus Christ indeed, in the souls and lives of sinners, may become their Saviour and Lord forever. God grant it may be true of you.