Noah Galloway first popped up on our radar when he was named the 2014 Ultimate Men’s Health Guy. There he was, on the cover of a prominent United States fitness magazine, bare-chested and smiling. If viewing said cover, many could say, “Wow, that’s brave.” And they wouldn’t be wrong. Noah Galloway is a veteran, and a double amputee, and possibly in the best physical shape of his life. 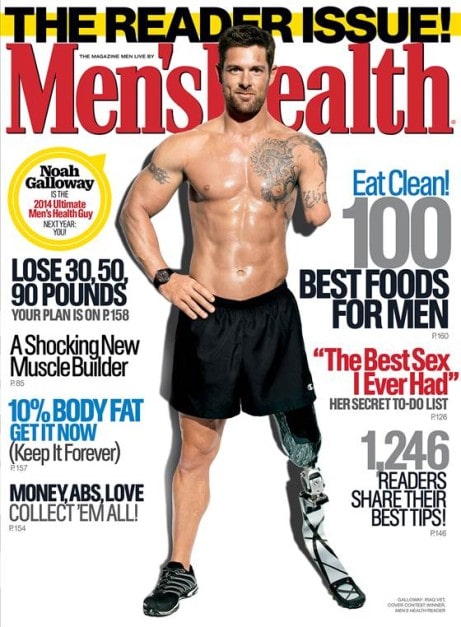 But would Noah say of himself that what he does day in, day out, is brave? We don’t think he would. Instead, Galloway would probably say something along the lines of, “No excuses.” This adopted motto of Galloway’s has given him the strength and spirit to overcome several challenges. And it’s helping him navigate something way out of his comfort zone: the 20th season of ABC’s Dancing with the Stars.

Veterans who have dutifully served their country shouldn’t have to suffer through the emotional cost of war on their own. We can’t have our noble service members committing suicide because they weren’t given the treatment and attention they needed at the time they needed it.

Soldiers who return from war should come home knowing they are going to receive the care they need from the Department of Veterans Affairs. But more and more, service members are reporting sub-par care at VA facilities as well as long wait times to be seen for treatment.

Help ensure that our veterans have the means to heal from war.

G.D resides in West Michigan. When he isn’t writing (or editing), you can find him outside, riding a bike, reading a book, or just plain running. Other interests include sports (of any kind), music (again, any kind) and cinema (a bit pickier here).
Whizzco for FHB