But I tell you, love your enemies and pray for those who persecute you, that you may be children of your Father in heaven. – Matthew 5:44-45

Finding a kind word or doing a good deed for someone that hasn’t treated you well is hard enough for an adult. Imagine the difficulty a child, trying to live up to Jesus’ challenging command, faces when dealing with the cruelty of other children and bullying.
The following story is a great example of how we can guide our kids, with prayer and faithfulness, through the difficulties they face. It’s also a great example of how we should all respond to those who persecute us.

Some years ago, a tiny Korean orphan arrived in the United States to join her adoptive family. She was nine months old and weighed only 9 ½ pounds. She grew and blossomed in her new home, but remained a diminutive size. Her new name was Edie.

One day when Edie was in second grade, she ran home from school, crying. She was frightened. That day, three new girls had been enrolled in her class. During the first recess, they picked the smallest girl in the class as the object of their anger and frustration. They pinched, poked, and pushed tiny Edie and threatened to beat her up. Edie had spent an hour in the principal’s office with the three girls and was assured the teachers would be watching. The girls were given a warning. 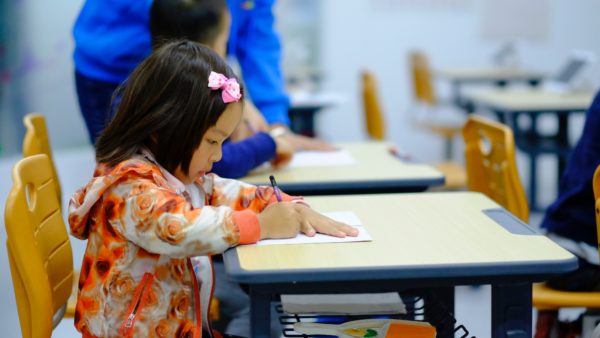 Edie’s mother held her little one and comforted her. She learned later, after speaking with the principal, that the girls had been troublemakers at several other schools. They were being given one more chance at a new beginning.

“These girls must have been very hurt in their young lives to be so angry. Her mother said. “The Bible tells us, “Be kind to your enemies, and pray for those who persecute you. Edie, let’s pray.” Then they prayed for the girls and asked the Lord for a plan of action. 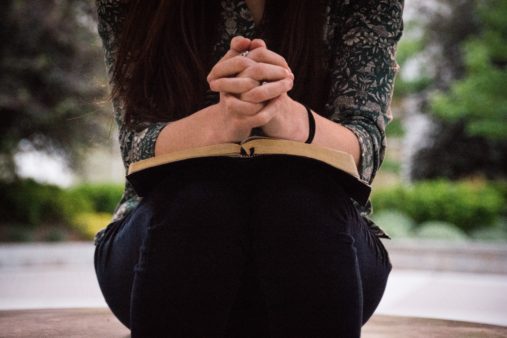 A plan began to take shape. “I can’t go to school with you everyday, so you will need to stay close to a teacher when you are at recess or in line to go into school.” said Edie’s mom. “If the girls start to pick on you, tell them, “I’d really like to be your friend Are you brave enough to do that?” Edie’s mother asked. “The Lord asks us to be kind to our enemies, let’s see what happens, okay?

The tiny girl perked up, and with a smile, looked at her mother and said, “Yes, Mom, I’ll try.”

The next morning, and everyday before Edie left for school, she and her mom prayed for her to be safe and brave, and for the girls to be open to God’s love. Everyday, the girls shoved into line behind Edie and called her names and tried to get in a poke or two. 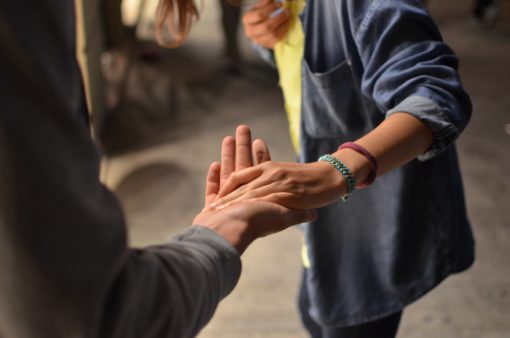 Each time, Edie looked up at them and said, “I’d really like to be your friend.” She did have to look up at them since they were so much taller than she was. The teachers kept an eye on the proceedings, but did not need to interfere as the girls were not hurting her.

After about two weeks, Edie came home looking so discouraged. She told her mother that she didn’t think it was working. After they talked about it some more and prayed, she decided to keep trying and continued to faithfully tell them, “I’d really like to be your friend.”

One day the following week, Edie ran home as fast as she could and ran into the house shouting, “Mom, Mom, guess what happened today? Just like I always did, I said I’d really like to be your friend, and one of the girls said, “Okay, Edie, we give up, we’ll be your friend.” 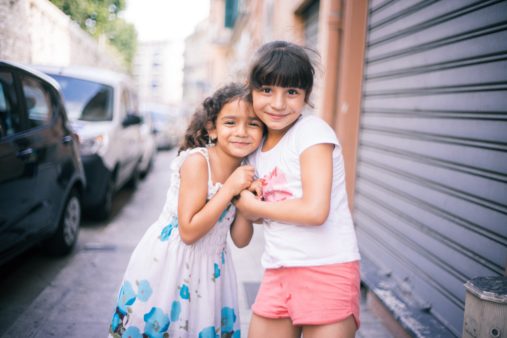 Edie and her mom thanked the Lord for His faithfulness.

A short time later, as the girls were trying to become friends, Edie asked the teacher if she could sit at a table with these girls in the classroom. She had noticed that they were disruptive because they didn’t understand the lessons. Edie became their tutor.

Toward the end of the school year, when Edie’s parents went to school for a parent teacher conference, the teacher told them, “Because of Edie’s kindness, those girl’s have completely turned around and are productive members of the class.” She felt she had witnessed a miracle. And so did Edie’s mom and dad. 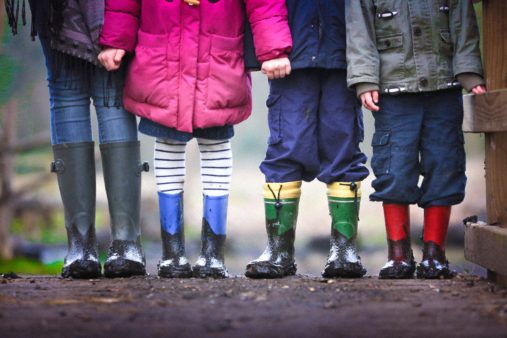 How many people go through life never experiencing kindness? They don’t see it in strangers, and some don’t even find it in their own families. Without experiencing kindness, it becomes impossible to express kindness toward others. The result of this tragic lack is seen everywhere. What a different society this would be if everyone who has received kindness would be kind to others, especially the unlovely.