Doctors Told Mom Her Son With Autism Would Forever Have the Mind of a Toddler. He Proved Them Wrong

At the age of two-and-a-half years old, a little boy’s fever spiked, allegedly erasing his motor and language skills and imparting him with autism. When he was five, doctors told his mother that he needed to be put in a home. They said he would forever remain a cognitive 18-month-old.

The child’s name was Erik Weber. And just recently, he became a lawyer.

Six months after graduating from the California School of Western Law, he took an oath of professional conduct. It was surely a proud moment — not just for him, but also for his mother, Sandy Weber.

“That was amazing,” she said, describing the event. “I can still see that little boy that had no language and who was really struggling to trust people.”

It was an astounding achievement, but it wasn’t even his first. After years of therapy and the help of a great teacher from the Scottish Right Center, he regained his language and mobility — proving his doctors wrong. He learned to come out of his shell, thanks to his longtime friend, Ciara McNulty. He became a star runner in the Special Olympics. He maintained a 3.9 GPA in his undergrad and then moved on to law school. 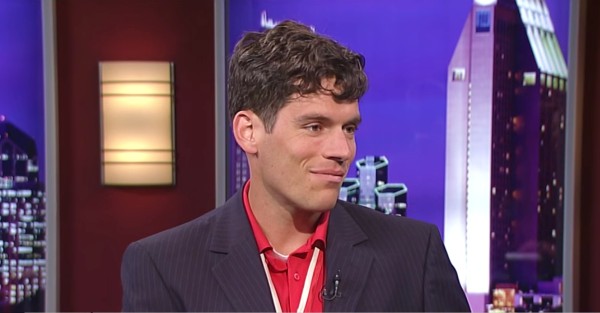 Weber credits his success to his parents’ support and refusal to give up on him.

“People call me the trailblazer — the icon — but really I’m an ordinary person doing extraordinary things,” he said.

And he’s doing just that. Wanting to “help others with special needs to exceed their own expectations,” he plans to practice special education law.

And I don’t know about you, but I think he’s going to do a fabulous job.