Pop superstar Lady Gaga may be known for her crazy outfits and for performing at halftime for Super Bowl LI, but recently she surprised the kids at the Ali Forney Center in New York City to help spread kindness and love to some people who need it the most. The Ali Forney Center is the largest LGBTQ community Center helping homeless LGBTQ kids in the United States. 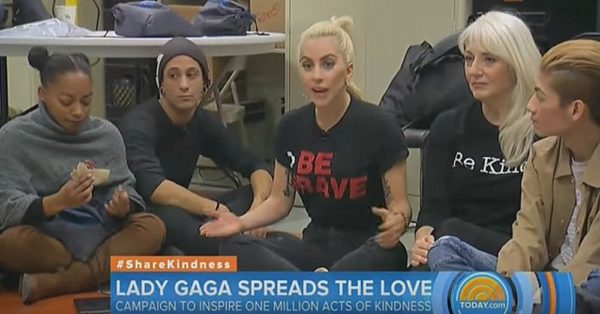 The AFC helps approximately 1,000 youths every year, most between sixteen and twenty-four years old. The AFC is named after Ali Forney, a transgender youth who was murdered in New York in 1997. The pop singer has been using her fame to spread the message of “Share Kindness.” She was raped at the age of 19 and still suffers from PTSD symptoms. This is one way she deals with the pain and suffering. 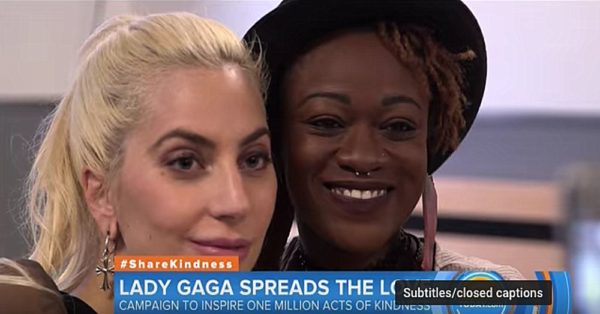 She dropped off gifts for all the residents and then sang her song “A Million Reasons.” I’m sure it was a day that no one there will ever forget. She summed up her visit very poignantly by saying, “I am no better than any of those kids. And I’m no worse than any of them. We are equal. We both walk our two feet on the same earth. And we’re in this together.” Indeed. At this time of tension and conflict in our country, may we all share the kindness!

has been an actor/director/swell guy in the Twin Cities area for over 30 years and is very active in the MN theater community. Working in the theater has made him an advocate of human rights of all stripes. He lives in St. Paul with his wife, son, and three cats.
RevContent