Give And You Shall Receive: A Modern Day Parable

The following is a forwarded e-mail. You know the kind of e-mail I’m talking about. It begins with a brief statement about the importance of reading it and ends with a statement encouraging you to send it on. Well, I’m sending this on in a different kind of way.

I’m not sure if the original sender had this in mind, but this is a perfect example of the Christian sense of economics. It is a story about compassion, love and meeting the needs of others besides ourselves. This may well be a fictional story, but I think not. I’ve seen and experienced something much like it.

Jesus told us, “Give and you shall receive, full measure poured into your lap until it is flowing over.” This is a modern parable for that message. We need to hear stories like this. This is what it means to be a human being, but more importantly, a human being. When you give without expecting some gratifying response in return, you will often be surprised by how much is returned to you by sheer surprise. The man in this story gives, not just from his excess, but from his substance, and he does so without being told to do so. He does it from his heart in recognition of the soldiers around him and where they are going in service to the rest of us. 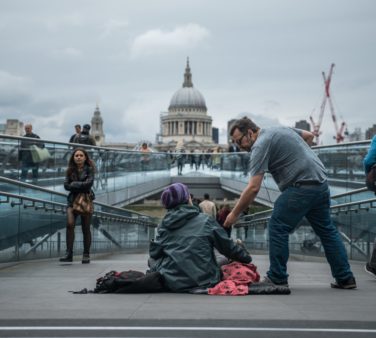 We are often surprised when we step out of our comfort zones in service of others, that others not only see it, but admire it, and feel drawn to act in the same way. Some ask, “What would Jesus do?” Well, here is an example of what Jesus would do and what he asks us to imitate. God bless those who serve our country with their honor and their lives. May they all come home safe and sound.

I put my carry-on in the luggage compartment and sat down in my assigned seat. It was going to be a long flight. ‘I’m glad I have a good book to read. Perhaps I will get a short nap,’ I thought.

Just before take-off, a line of soldiers came down the aisle and filled all the vacant seats, totally surrounding me. I decided to start a conversation. 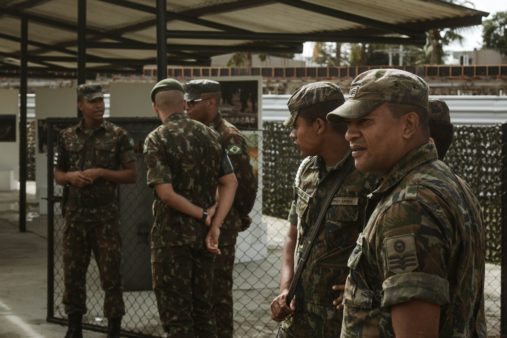 “Where are you headed?” I asked the soldier seated nearest to me. “Petawawa. We’ll be there for two weeks for special training, and then we’re being deployed to Afghanistan.”

After flying for about an hour, an announcement was made that sack lunches were available for five dollars. It would be several hours before we reached the east, and I quickly decided a lunch would help pass the time…

As I reached for my wallet, I overheard a soldier ask his buddy if he planned to buy lunch. “No, that seems like a lot of money for just a sack lunch. Probably wouldn’t be worth five bucks. I’ll wait till we get to base.” 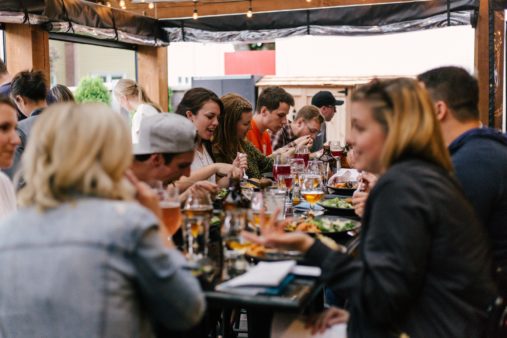 I looked around at the other soldiers. None were buying lunch. I walked to the back of the plane and handed the flight attendant a fifty dollar bill. “Take a lunch to all those soldiers.” She grabbed my arms and squeezed tightly. Her eyes wet with tears, she thanked me. “My son was a soldier in Iraq ; it’s almost like you are doing it for him.”

“Picking up ten sacks, she headed up the aisle to where the soldiers were seated. She stopped at my seat and asked, “Which do you like best – beef or chicken?”

“Chicken,” I replied, wondering why she asked. She turned and went to the front of plane, returning a minute later with a dinner plate from first class.

“This is your thanks.”

After we finished eating, I went again to the back of the plane, heading for the rest room. A man stopped me. “I saw what you did. I want to be part of it. Here, take this.” He handed me twenty-five dollars. 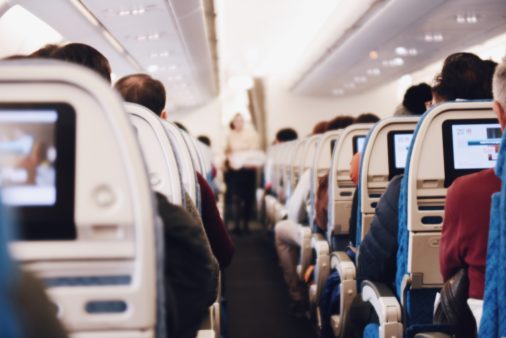 Soon after I returned to my seat, I saw the Flight Captain coming down the aisle, looking at the aisle numbers as he walked, I hoped he was not looking for me, but noticed he was looking at the numbers only on my side of the plane. When he got to my row he stopped, smiled, held out his hand and said, “I want to shake your hand.” Quickly unfastening my seat belt I stood and took the Captain’s hand.

With a booming voice he said, “I was a soldier and I was a military pilot. Once, someone bought me a lunch. It was an act of kindness I never forgot.” I was embarrassed when applause was heard from all of the passengers.

Later I walked to the front of the plane so I could stretch my legs. A man who was seated about six rows in front of me reached out his hand, wanting to shake mine. He left another twenty-five dollars in my palm.

When we landed I gathered my belongings and started to deplane. Waiting just inside the airplane door was a man who stopped me, put something in my shirt pocket, turned, and walked away without saying a word. Another twenty-five dollars! 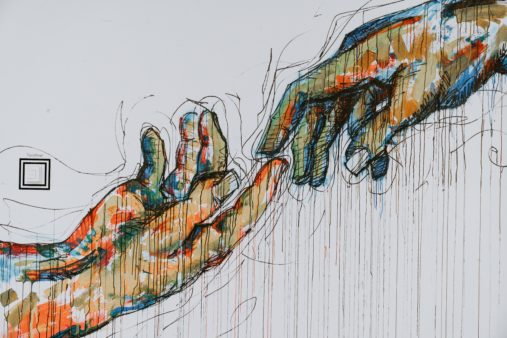 Upon entering the terminal, I saw the soldiers gathering for their trip to the base. I walked over to them and handed them seventy-five dollars. “It will take you some time to reach the base. It will be about time for a sandwich. God Bless You.”

Ten young men left that flight feeling the love and respect of their fellow travelers.

As I walked briskly to my car, I whispered a prayer for their safe return. These soldiers were giving their all for our country. I could only give them a couple of meals. It seemed so little.