Bet You Didn’t Know: Easter Symbols, Traditions, and Their Meanings.

To Make an Omelette… 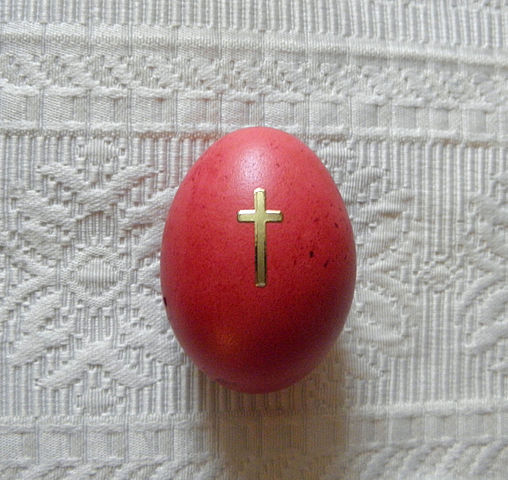 As the saying goes, you need to crack some (Easter) eggs. What’s the deal with Easter eggs anyway? It’s true, they are ancient symbols of fertility, but God did say be fruitful and multiply, and if there’s anything Paul was good at, it was taking pagan traditions and turning them to glorify God. (Seriously, read the Mars Hill sermon in Acts 17, or quoting a Cretan prophet in Titus 1.) So eggs…

First, after the destruction of the Temple in 70 AD, the egg was added to the Passover Seder meal as a symbol of the sacrifice. Early Christians observed the Passover, and that sacrifice was Jesus. Moreover, due to the fast of Lent, eggs were not eaten for 40 days considered meat of an animal – so when the fast was broken Easter morning, eggs were a way of breaking the fast. About 1,500 years ago, Mesopotamian Christians would dye eggs red to represent the blood of Christ, and the egg itself could serve as an object lesson for the stone rolled in front of the garden tomb. And like the stone, it cannot stop the life inside. How filling!

Consider the Lilies of the Field

The traditional flower adorning so many churches in the US isn’t that traditional. It wasn’t even discovered by European Christians until the 1700s, growing in Bermuda, and was imported to the US from crops in Japan after World War I. It is a circuitous route, but lilies in general have a far richer and more storied history in and with the church<.>

According to legend, lilies sprouted from the repentant tears of Eve as she and Adam were expelled from Eden. In early paintings, they are the flower offered by the angel Gabriel to the virgin Mary announcing Jesus’ conception. They’re trumpeted shape suggest heralds of Jesus’ resurrection, and their white color have long been symbolic of purity.