The Circle Of Giving: Waitress Pays Fire Fighters’ Bill But Never Expected This In Return

A New Jersey waitress who picked up the tab for a group of firefighters got quite a thank-you in return when they got together to help her disabled father. The events surrounding what was supposed to be a normal after-work breakfast have since gone viral and inspired millions of people worldwide. It all began with a massive warehouse fire in North Brunswick, New Jersey. Firefighters from Burlington County spent a whole night dealing with the blaze and stopped for breakfast at the 130 Diner on their way back to the station. It was a morning like any other for the team, but the men were surprised when the check came. 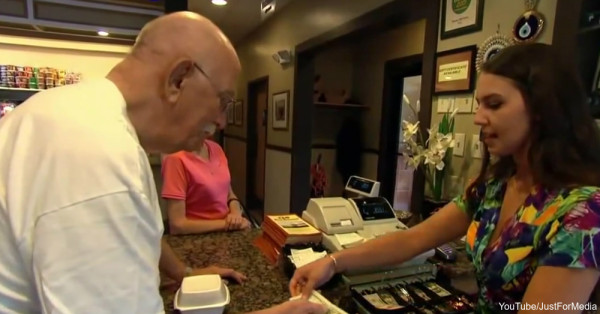 The group’s waitress, Liz Woodard, was moved by the firefighters’ bravery and service, so she decided to pick up the tab herself. On the check, Liz had written a brief note expressing gratitude to the men and encouraging them to come back soon. She paid the tab out of her own pocket. She even sketched a small firefighter’s helmet over the otherwise blank field where the total would normally be.

Overcome with gratitude, the firefighters posted details of the event to social media and encouraged all their friends to visit the diner and tip generously. Shortly after, they discovered that Liz wasn’t an eccentric millionaire – in fact, she was privately struggling to raise money through a GoFundMe campaign to support her paralyzed father. 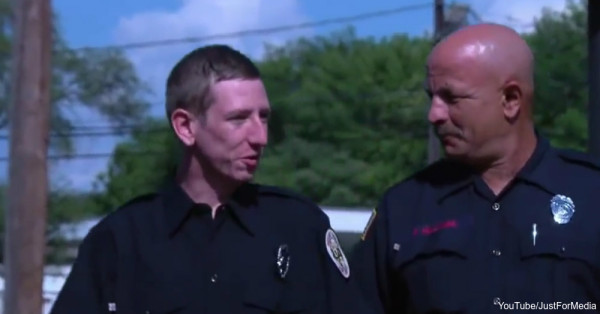 Swinging into action, the team of firefighters pulled every string they had to raise awareness of the 24-year-old woman’s campaign. In a very short time, the fund zoomed past its original goal of $17,000 and topped $67,000 as people from all over chipped in to show their appreciation of the waitress’ good deed. Liz wasn’t planning fame and financial support when she picked up that check. She just wanted to say “thanks” to some local heroes. That ordinary people rushed to pay her back speaks volumes about the goodness in people’s hearts. Stories like the one surrounding the 130 Diner in New Jersey are everywhere. Read about this unexpected Chick-fil-A gift, and add your own tale about people who pay it forward.