Everybody needs a helping hand from time to time, and that’s just what Fort Wayne Police Officer Ricky Howard was to an unidentified young man on his beat. A hastily snapped picture, which has since gone viral on Facebook, shows the officer tying a boy’s shoe next to a patrol car.The uplifting picture is the work of local resident Melissa Caballero, who said she was waiting on her porch for family to arrive when she chanced to see the scene unfold in front of her. 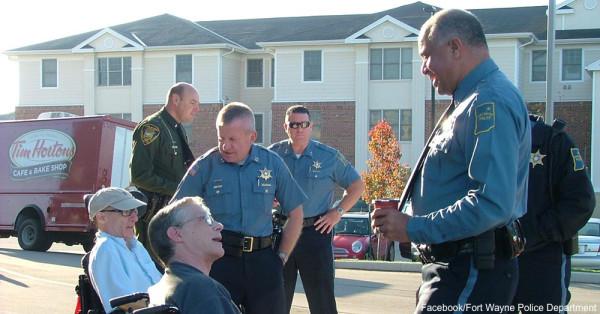 According to Caballero, the boy was walking with a friend when the patrol car slowly cruised by. The officer rolled down his window, said something to one of the boys that she couldn’t hear, and then stopped and got out to approach the young man. Unlike some better-publicized police encounters that routinely make the news, this “stop” had a heartwarming outcome. Officer Howard directed the boy to sit on the sidewalk and lift his foot. Resting the boy’s shoe on his leg, Officer Howard quickly tied the loose laces and briefly chatted with the two children before heading back out to work. 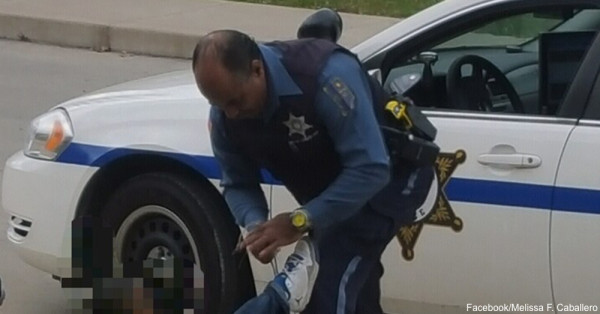 The picture offers a valuable counterpoint to the negative press many police agencies have been getting. By honoring the first part of “serve and protect,” Officer Howard made a difference in the community he’s come to know as a police officer. Not only did his small act of service help one young man keep from tripping, he also sent a powerful message that the police are usually eager to help out. It’s a message many young men need to hear. Officer Howard’s helpful action makes a powerful counterpoint to sensational headlines about the police.