Irene Triplett, a woman from North Carolina, is the last living recipient of a Civil War pension, which her father earned for his service.

Wars last weeks, months or years. Their consequences, however, can last much longer than that. Similarly, war pensions given to veterans sometimes continue being paid for decades — and, occasionally, even longer than that. Irene Triplett, a woman from North Carolina, is one such example. She’s the last living recipient of a Civil War pension, which her father earned for his service. Irene was born to Mose Triplett and his second wife, Elida, in 1930. Mose, whose first wife Mary died in the 1920s, fathered five children with Elida, who was 50 years younger than he was. Sadly, only two children — Irene and her younger brother Everett — survived childhood.

Mose Triplett’s army career started on the Confederate side, when he joined the 53rd North Carolina Infantry Regiment in 1862 at the tender age of 16. In 1863, he transferred to the 26th North Carolina Infantry Regiment. Later that year, he fell ill with fever and was admitted to a Confederate hospital, from which he escaped, deserting his regiment entirely.

Thankfully for Mose, local people in North Carolina were sympathetic to the Union and frequently helped Confederate deserters. Mose made his way over the mountains and on to Knoxville, Tennessee, where he joined the 3rd North Carolina Mounted Infantry, a Union regiment, in the summer of 1864.

Luckily for his future children, Mose missed the Battle of Gettysburg entirely and emerged from the war relatively unscathed.

Because of his advanced age, Irene didn’t get to spend much time with her father before he died in 1938, when she was eight. In 1943, Irene and her mother, Elida, moved into a poorhouse in Wilkes County, North Carolina. Irene’s brother Everette ran away, however, and found a job at a sawmill. 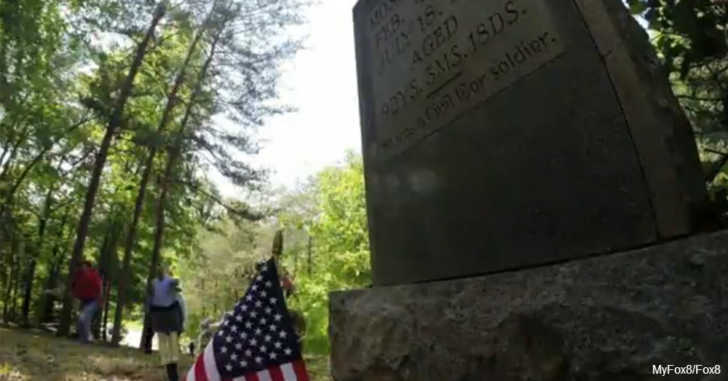 Everette went on to have children of his own, but his sister, who was born mentally disabled, moved into a nursing home with her mother. In 2013, after breaking her hip, Irene moved from the nursing home into a Wilkesboro skilled-nursing facility.Irene’s story offers a rare glimpse into the past, and a chance to remember the sacrifices made by veterans in general. If you enjoyed this story, you can make a donation to help injured veterans continue their legacies by starting their own families.