This is one tough kitty, and we bet she will truly inspire you.

She survived being thrown from a car, and although she’s now battling pneumonia, she’s winning that battle, too! 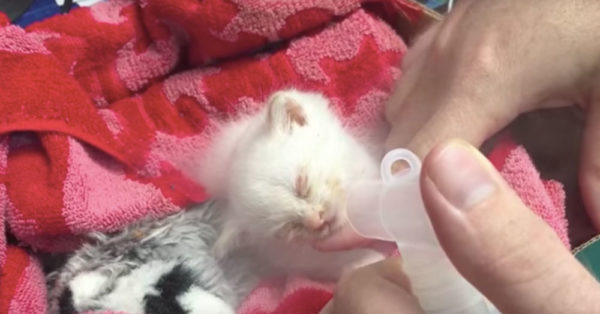 Named April for the month she was found in and to represent Animal Cruelty month, this little girl will be available for adoption soon. 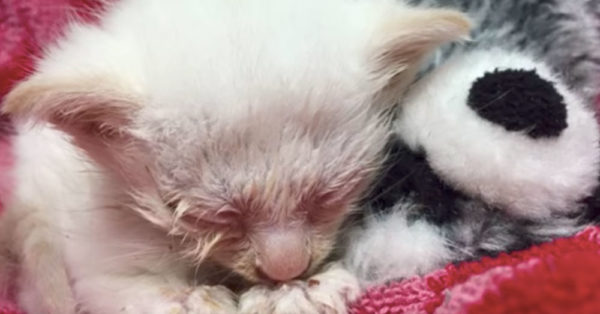 Let’s share her story so she finds the pawfect home! Animals like April need love, too. Sadly, many of them still languish in shelters across the country. If you’re interested in supporting your local shelter, volunteer hours and other donations go a long way to helping animals in need, during April and all 11 other months.

Watch April’s inspiring video below, and let your friends know how much you care about animal victims of abuse by sharing it with them!

Julie Hunt Julie resides in Northern New Jersey with her two kids, two dogs, cat and partner. She has two published books which make excellent trivets if you aren't a fan of poetry. She tolerates people but LOVES animals. If she isn't blogging, she's most likely cuddling with her pups, Paisley and Skyler.
Whizzco for FHB